New Delhi, Sep 25 (IANS) Krutika Desai, who has been in show business since the 1980s, has seen the TV industry grow technically by leaps and bounds, but feels content has deteriorated. 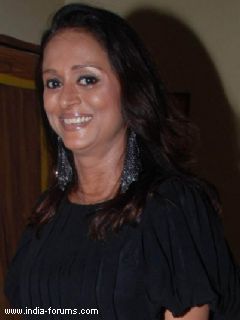 'In television, story is the hero. If you look at good old days, you will see how strong the scripts were. How important every character was. Not like today when you have a story revolving around just one character,' Krutika told IANS in an interview.

She is still known by her screen name Sabya in popular television soap 'Chandrakanta'.

'There was room for everyone to perform, there were different things for everyone. And if you look at today's soaps, they have a mistress all the time - honestly, I don't feel there is any need for a mistress in a soap,' she said.

Krutika is now playing a strong character of a Gujarati woman in Zee TV's new soap 'Preet Se Bandhi Ye Dori Ram Milaayi Jodi' and says she is quite excited after a long time.

'This soap reminds me a lot of the 'Buniyaad' days. Here emphasis is given to every character - be it their looks or roles - everyone plays a pivotal role here,' she said.

'Preet Se...' is about Anukalp, a shy, softspoken boy from a conservative Gujarati family, and Mona, a bubbly, spunky girl from a Punjabi family, who fall in love despite not having anything in common.

'The story is about moments and has interactions from day-to-day things; so it will appeal to everyone as people can relate to it in many ways. This soap is based on the premise that opposites attract and the problems faced by families in marriages between people of different communities,' said Krutika.

Is playing a Gujarati woman in the soap a challenge?

'No, not at all. I am from a Gujarati background only and I am very familiar with the accent and everything. It's very close to my heart,' said the actress who refused to reveal her age saying she is 'ageless'.

Veteran Actor Krutika Desai to play a pivotal role in ALTBalaji and ...

Aditya Chopra Pens a Heartfelt Note on '50 years of Yash Raj ...
58 minutes ago