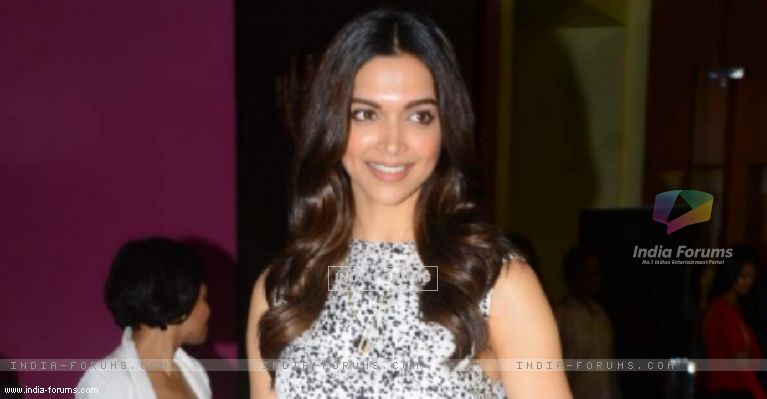 Actress Deepika Padukone says there are no issues between her and superstar Shah Rukh Khan, adding that the latter was the first to congratulate her for setting up her foundation.

About the recent reports doing the rounds that Shah Rukh was upset with Deepika, she told reporters: "Ironically, while all of you were probably reading that article, he was messaging to me and congratulating me for my foundation as I launched the logo of my foundation. He was actually one of the first people I spoke to, when I was thinking of setting it up. And he's always been very encouraging and supportive."

"The Live Love Laugh" Foundation is dedicated to addressing the issue of mental health in India.

Deepika had tweeted an image of her forthcoming film "Bajirao Mastani" with the hashtag a#challengeaccepted' which reportedly referred to the box office clash between the film and Shah Rukh's "Dilwale".

Both the films are coming out on December 18. According to reports, Shah Rukh was miffed with Deepika for the tweet. She had subsequently deleted it.

"First of all, I find it really amazing how some picture of my film that I've put with a certain hashtag is connected with some other film and blown out of proportion. Having said that, I don't think any of these articles will come in the way of my equation with Shah Rukh. I think what he and I share is known to us, it's very special," added Deepika, who attended the launch of a special collection of Vogue Eyewear.

Deepika had made her acting debut with Shah Rukh in "Om Shanti Om" and went on to act with the superstar in films like "Chennai Express" and "Happy New Year".