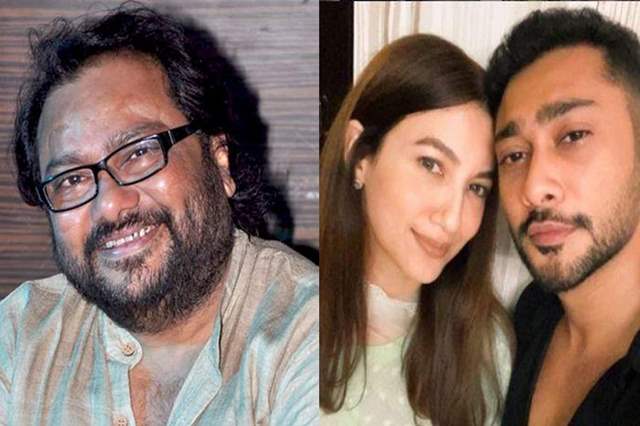 Actor Gauahar Khan has indeed found love again and while there were rumors recently that she has been dating Zaid Darbar for a few days, there wasn't any confirmation on the same. The duo would keep appearing together at multiple occassions including coming on each other Instagram Lives and other things, but they weren't vocal about the same. However, it has been confirmed now that indeed the duo are dating each other.

Zaid, as we know if the son of veteran musician Ismail Darbar and recently, he made a call to his step mother Ayesha to inform the same where he would keep mentioning his fondness for Gauahar.

In an exclusive chat with Bombay Times, Ismail said, "Kuch toh log kahenge, logon ka kaam hai kehna (people love to talk so they can keep talking about things). Sometime back, Zaid was dancing at a family wedding. Lekin haan, mera rishta mere bachchon ke saath ek baap aur bachche ka rishta jaisa hona chahiye, bilkul waisa hi hai (My relationship with my children is exactly how it is supposed to be between father and children). Badtameezi wala rishta nahi hai (it isn't derogatory) that Zaid will tell me that he's dating Gauahar."

He further added that Zaid was constantly praising Gauahar and when asked that did he confirm to them about dating Gauahar, Ismail said, "Yes, he did."

When asked about and if Gauahar has his blessings, Ismail said, "If Zaid and Gauahar get married, why won't I give aashirwad to Gauahar? If Zaid wants to marry her, why would I object? Zaid is nearly 29, he knows what he's doing. In fact, that's exactly what Ayesha told him. She told him that if he's happy we're happy too, and he is old enough to decide what's good for him."

We are glad all is well and approved and also congratulate Zaid and Gauahar on their relationship.