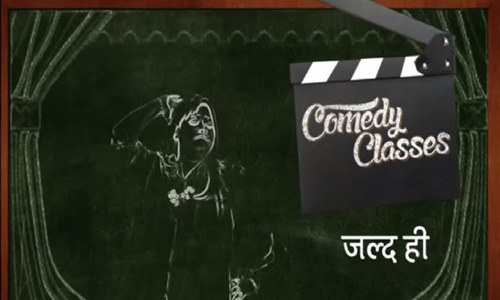 Life OK has a lot of fiction as well as non-fiction shows in the pipeline. Some shows from big banners are Krishna starring Mohit Raina, Chamak - Indian version of Bold and Beautiful, Maha Kumbh starring Gautam Rode among others.

Besides these shows, the channel is also all set to bring in a new comedy show named Comedy Classes. The show will star Krushna Abhishek, Sudesh Lahiri, Bharti Singh and Siddharth Sagar. The show is a new venture by Vipul D Shah, producer of popular comedy show on Sony TV - Comedy Circus.

Our source informs, "Initially the show was supposed to air on Colors but since they could not give a time slot, hence the show on Life OK. The show will go on air from October 7 and will be aired five days a week i.e. Monday to Friday. The time slot of the same has to be finalized yet."

Well, with this new show coming up, the audience of Life OK will get another dose of a good show with a unique concept.

6 years ago Gautam Rode Im eagerly waiting for Mahakumbh i know is going to a great show cuz after all you are the lead and u r the best ;) so good luck for u and for the team

6 years ago Gautam Rode I am eagerly waiting to see you in MK.

6 years ago I wish MK team success for their project. Gautam Rode is the best actor on TV. He will do what he does best, give superb performances. I hope Payal Rajput is the lead actress.

6 years ago Gautam Rode, I might not comment on your profile daily but I will always comment on your articles and videos. You have my full support in all you do. I'm totally excited to see MK on air. Can't wait to see what is your new avatar. Good luck and be happy.

6 years ago I can't wait to see you onscreen again Gautam Rode.
Good luck for MK.