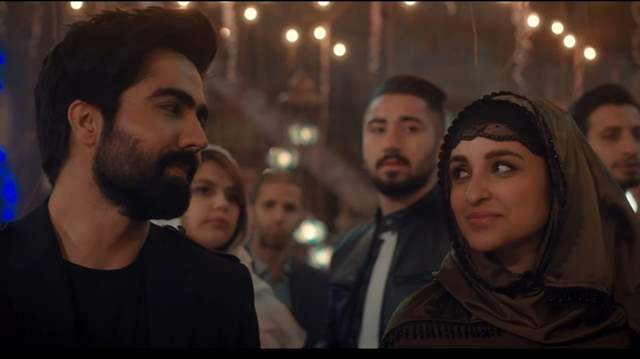 The first love track titled 'Ki Kariye' from the film Code Name Tiranga is out and the love ballad will make you lost in the romantic vibes.

The trailer of one of the espionage-thrillers of the year, Code Name Tiranga received a lot of love from the audience for its high-octane action and emotions. While fans are eagerly waiting for the film the makers have rose their excitement a notch higher by dropping 'Ki Kariye', a soulful rendition that will win over their hearts.

Shoot in a picturesque location in Turkey, Ki Kariye just hits the right chord. It's almost impossible to take your eyes off Harrdy, Parineeti, and their crackling chemistry.  Ki Kariye is sung by Harrdy Sandhu & Sakshi Holkar, while it's composed by Jaidev Kumar penned by Kumaar and Alaap is given by Sanj V.

Speaking about the same, the actor-singer Harrdy mentioned,

“Ki Kariye is one of the most special songs for me. The audiences have showered me with abundant love for my music, I hope this song and the film also receives the same amount of appreciation. This song will grow on people and I am certain they will hear it on loop like us."