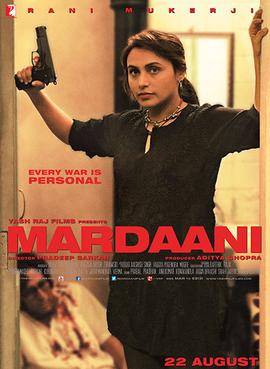 After the CM saw the film, he not only applauded the power packed performance of Rani in the film, but also mentioned how the film has got focus on the worst social evil of human trafficking which needs to be eliminated. The CM feels that it is very important for this film to have a widened reach and so making it tax free would be extremely beneficial.

What is bigger is that the CM went on his own accord to watch the film with his family and decided to make it tax free. The makers of the film were very happy when they got to know about this and they are hoping that others see it in the same way and the film gets a similar tax free status elsewhere.

The film has a very strong social message which is put across not in a preachy way but with a very interesting story. The film has been snowballing even at the box office, growing by positive word of mouth.

Rani Mukherjee is personally elated with all the feedback. She is glad that the film is making a connect with people and hopeful that it will make a difference.

Honourable Chief Minister of Madhya Pradesh Mr Shivraj Singh Chouhan in his tweets said, "After a very long time went along with family to watch a movie. 'Mardaani' turned out to be soul stirring saga highlighting a societal evil. I congratulate Rani Mukherjee for a wonderful and powerful performance in 'Mardaani'. Aditya Chopra has done well to produce this movie. Trafficking of young girls and women is worst evil which needs to be eliminated.'Mardaani' has brought it into focus. We will give 'tax free' status to 'Mardaani' in Madhya Pradesh considering the bold social message conveyed by it."