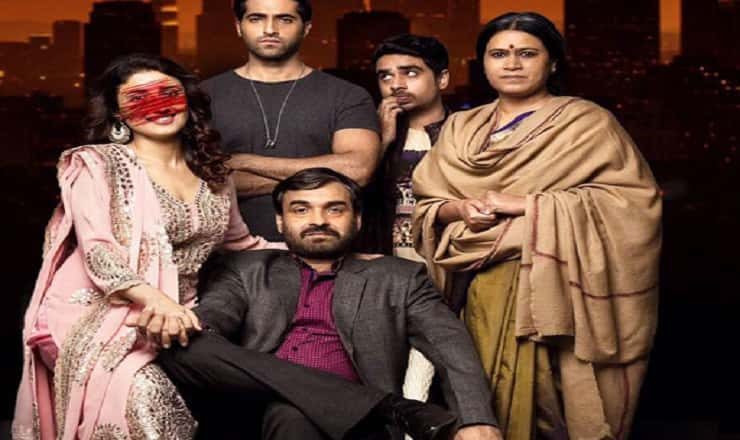 "Gurgaon" is all set for a box office clash with Bollywood superstar Shah Rukh Khan-starrer "Jab Harry Met Sejal", helmed by Imtiaz Ali, on August 4. But the noir thriller's director Shanker Raman believes a clash happens only between equals.

Many are eager to watch the on-screen couple SRK and Anushka Sharma creating magic on the big screen again in the new romantic comedy after delivering hits like "Rab Ne Bana Di Jodi" and "Jab Tak Hai Jaan".

On the other hand, "Gurgaon", based on real estate business, sibling rivalry and more, will launch National Award-winning cinematographer Raman as a director.

Asked about the box office clash, Raman told IANS over phone from Mumbai: "Clash is only between equals. They ('Jab Harry Met Sejal') are in a separate league. They have a separate kind of audience. I don't see it as clash."

"But we would like to invite the audience to come and watch our film too... typically an audience... say the regular cinema going audience... they watch a film because there is big name etc. I would want them also to come and see our film, but not because ours is better. It's just that we should watch all kinds of films."

And he is positive about the performance of his film, which has received a thumbs up from celebrities like filmmaker Anurag Kashyap and actor Ranveer Singh.

"I am expecting the audience to be blown away by the film because of the nature of the content. It's a stylish film, got a high production value and it has great integrity and incredible talent. It's a well produced film. So, I am confident that when the audience walks out of the auditorium, they will feel like they spent the time usefully," said Raman.

Asked about the film's title, the director, who once stayed in Delhi, said: "Gurgaon has a certain impression for people. When you say Gurgaon, there is a sense of place, and the film is set on that. It's a thriller in the backdrop of a place."

He is making a debut with a film that seems to be high on bloodshed and violence. What about exploring other genres?

"I don't think of stories as genres. I think of stories as a way to touch people and inspire them emotionally... connect with them. Stories are a way of introducing or creating a space where something magical happens. There is a personal transformation, hope and a sense of relief... and there is a sense of joy and entertainment."

"This is what storytelling is, and cinema is the medium for that. So, I don't see myself getting restricted to any genre. If the story is inspiring and it makes sense to fit it into that genre, then I don't have a problem at all," he said.

"I am developing another project. It's in the writing stage. Maybe in a few months, I will be able to say more about it. It's work in progress. I don't have the details myself," he said.

Anurag Kashyap On Hating To Act

Anushka Sharma Reveals when a Dog Narrated her Romantic Scene with ...