After a very long time, Celeb In The Spotlight is back! This week we bring to you the talented powerhouse that is Rani Mukherjee!

Rani, the only daughter of Ram and Krishna Mukherjee, was born on March 21, 1978, in Mumbai and belongs to a family of Bengali origin. She went to Maneckji Cooper High School in Juhu, followed by Mithibai College - back in her homecity of Mumbai.

The talented actress first did a cameo in her father's Bengali film Biyer Phool, in 1996 and then faced the camera for her Bollywood debut Raja Ki Aayegi Baraat, the next year. The movie, however, failed to do well at the Box Office but that did not stop Rani from pursuing her dreams. Apparently, it was Mukherjee's cousin sister Kajol's success that inspired her to continue trying despite the first film being a failure.
I 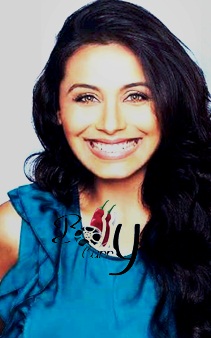 n 1998, she acted opposite Aamir Khan in Ghulaam which fortunately turned out to be a huge success and got her much recognition.

Rani has received both critical and commercial acclaim for her ability to portray various characters with finesse and ease. She has experimented with numerous different types of characters and went on to become the reigning Queen of Bollywood.
The most recent films she has done are Dil Bole Hadippa and No One Killed Jessica.

As for her love life, she's yet to tie the knot and believes that until she meets her Prince Charming, she will not get married!

Rani will be seen next in Talaash, co-starring with Kareena Kapoor and Aamir Khan! Here's hoping the movie does well and her Bollywood career flourishes once again!