Imran Khan, a Bengali born Indo-American, was born to Anil Pal, a Bengali Hindu, and Nuzhat Khan, a Muslim. The boy's parents divorced at the mere age one and a half years old, thus, shortly after the separation, Imran took on his mother's surname and became a Khan from Pal.
While he lived in India, Imran attend theBombay Scottish School, but later transferred to a boarding school in the green alps of Ooty to complete his education.

Imran made his Bollywood debut in 2008 with the 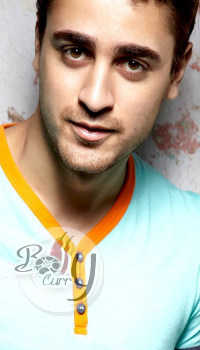 youthful film, Jaane Tu... Ya Jaane Na. Produced and personally guided by his uncle, his mother's brother, Aamir Khan, who already has established himself well in the filmy world, the film went on to be one of the biggest hits of the year, providing Imran a firm step hold into the competitive industry. During the 54th Filmfare Awards, the film won Imran the Best Debut Male award alongside Farhan Akhtar.

After an incredulous opening, Imran's next two movies - Kidnap [2008], featuring Sanjay Dutt, and Luck [2009], co-starring Shruti Hassan - however, performed miserably at the Box Office. Despite this, critics and audiences alike praised the actor for his atypical performances, especially with the former where he was nominated for an IIFA award for his negative role.

2010 saw Imran's fate at the Box Office change with the romantic comedy, I Hate Luv Storys co-starring the stunning Sonam Kapoor. The movie went on to become Imran's much needed second big hit. However, the Deepika Padukone starer of the same year, Break Ke Baad, did not share the same success. Nonetheless, many praised their on-screen jodi, calling it fresh and unexpected.

Most recently, 2011's adult comedy Dehli Belly and the Katrina Kaif starer Mere Brother Ki Dulhan, have cemented the star's success further, putting him on the pedestal of the nation's most sought after actors.

In his personal life, Imran is happily married, having gotten engaged to his long-time girlfriend Avantika Malik on January 16th, 2010. The couple tied the knot a year later, in a private civil ceremony on January 10th, at mamu Aamir Khan's house.

Watch out for the chocolate boy's next with Kareena Kapoor, Ek Main Aur Ek Tu, releasing in time for Valentines, February 10, 2012!

Aditya Chopra Pens a Heartfelt Note on '50 years of Yash Raj ...
22 minutes ago