In the spotlight this week is Bollywood's top actress, and mother-to-be, Aishwarya Rai Bachchan!
Born in a Tulu speaking Bunt family in Mangalore, Karnataka, on November 1st, 1973, to marine biologist Krishnaraj Rai and housewife Brindya, Aish has an older brother Aditya Rai, who is an engineer in the merchant navy.
After the family moved to Mumbai, Aish attended Arya Vidya Mandir High School, then went on to study at Jai Hind College for a year, before joining DG Ruparel College in Matunga. She had initially planned on becoming an architect, with enrolment in Raheja College in process, but later dropped out to pursue a career in modeling.
Aish started her career in modelling early when she was in grade nine. Her first assignment was contracted to Camlin Pencils, whilst simultaneously, pictures of her taken by a professor at Jai Hind College, were also published in a fashion magazine.
In 1991, Aish participated in the Ford Supermodel Contest, earning her the esteemed opportunity to feature in the 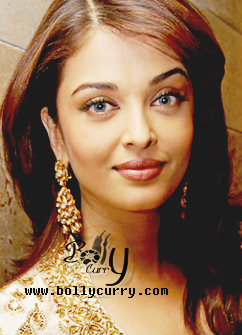 popular Vogue magazine. Her successful stint with the magazine lead to three more features, increasing her name in the glamour world. However, her popularity rose even further when she was presented with an unmissable opportunity to feature in a Pepsi commercial alongside Aamir Khan.
The Pepsi advertisement opened new doors for Aish, where the model became the face for many other products. These included Lakme, Coke, Lux and Fuji Films. All the while, Aish continued to pursue her education in architecture alongside her demanding modeling career.
In 1994, Aish's popularity rose to an all time high. Participating in the 1994 Miss India contest, she came in second to Sushmita Sen. However, the defeat was not long lived as she was crowned Miss World later that very year, after which, she stopped studying and focused fully on her modelling, ultimately leading to her entry into the film industry.
Her first film was a Tamil movie by Mani Ratnam, Iruvar (1997), which proved to be a critical success and won many awards. Her Bollywood debut, Aur Pyaar Ho Gaya (1997), in which Aish acted alongside Bobby Deol, was unfortunately a box office failure. Her first Bollywood hit came in the form Hum Dil De Chuke Sanam (1999), opposite Salman Khan and Ajay Devgn.
1999 saw Aish in Taal, which was a big hit outside of India, but only performed averagely within the country. In the 2000s, the light eyed beauty acted in the box office hits Josh and Devdas, both movies had her paired against Shahrukh Khan. However, the decade bought in it's share of flops as well, and among them were home production Dil Ka Rishta (2003), Kuch Na Kaho (2003) and Raavan (2010).
One cannot deny that Aish's list of successful films outweighs her unsuccessful endeavours though. The box office darling's hits include Humara Dil Aapke Paas Hai (2000), Mohabbatein (2000), Guru (2007), Jodhaa Akbar (2008) and most recently, Guzaarish (2010).
It is well-known that after a a turbulent affair and publicised breakup with former co-star, Salman Khan, the beauty is currently no longer available, being happily married to Abhishek Bachchan since 2007. It was revealed on June 21, 2011, that the happy couple are expecting their first child.
Did you know?
With such a list of successes to her name, Aish doesn't intend to stop anytime soon. Her next film, Ladies and Gentlemen, will be out next year. BollyCurry wishes her all the best any many more successful stints.

Kangana Shares Video of Anurag Confessing To Have 'Abused a ...
57 minutes ago