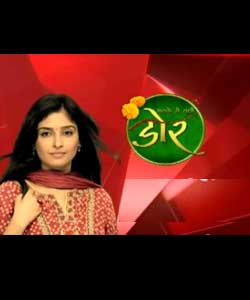 It seems like Star Plus' Maykee Se Bandhi Dor has been dealing with issues of actors and Production House since its launch.

The latest we hear is that television's significant body CINTAA halted the shoot of the Star Plus show after the shoot exceeded the allotted time.

A source says, "Dor was going through a telecast problem because of which the cast was shooting continuously without break. According to the rule of CINTAA the shoots are not supposed to exceed 12 hours. But since the show was facing a lack of episode bank they had to exceed the time limit."

"Following this, a CINTAA official came on to the sets and halted the shoot", adds the source.

Well, looks like this is a never ending issue on the sets of Dor.

+ 2
9 years ago sometimes back also CINTAA had halted the shoots i believe...again????

+ 2
9 years ago I'm glad there's somebody who is looking after the artists's welfare & not treating them like something on an assembly line.
Now, can CINTAA please intervene on fans' behalf & stop the shootings of all the unwatchables that channels throw at viewers on a daily basis?

+ 2
9 years ago The actors arent treated nicely here i guess because a problem always keeps arising on the sets of dors. Something good should be done on the sets.

9 years ago Cast and workers shouldn't be overworked. Its high time some laws like those in western countries comes here. What the CINTAA people did is correct

+ 4
9 years ago there's always some or the other problem on the sets of dor! better stop it now! its too much of a headache!!