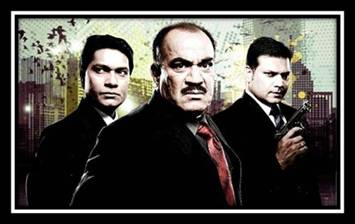 Sony Entertainment Television's CID has been solving many of the difficult and curious cases, this week again CID team has to solve another mysterious murder.

There is a rock concert organized in a big auditorium where Rocky and his band are going to perform today. Auditorium is full of crowd and they all are cheering for the show to start.

As the show gets started and Rocky starts singing, suddenly something goes wrong and Rocky is caught up in fire. He burns up and falls on the stage in front of everyone, and he dies immediately. Everyone is stunned, where the fire came at the stage and in between the show all of a sudden. CID start the investigation as they find out that Rocky was targeted and he died because of electrocution which was connected to the stage exactly where he was standing... all was planned in advance.

DemonStar 6 years ago Thanks for the article. Hoping for a memorable episode.

rukhsar.crazy 6 years ago thanks for the article
its good to c they r bringing many articles on CID these days..

binod.abhijeet 6 years ago cid is the best...egarly waiting for the episode...

BlueBloodQueen 6 years ago CID ROCKS...
Good night wishes for all CID members from my side...