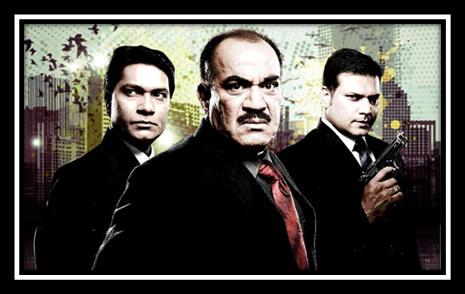 CID on Sony Entertainment Television will this time have a unique case to be solved. Tonight's episode will open with a group of people who go to an open area to witness a meteor shower.

They are watching the spectacle spellbound when they see something falling from the sky. They rush towards the spot excitedly thinking it could part of the meteor shower.

But they are shocked to find mangled human remains instead. Salunkhe (Narendra Gupta) makes a startling discovery. The victim's body fell from a great height and shockingly resembles that of a 120 year old man. The cops are shocked.

How can a 120 year man fall randomly from the sky? They find a mysterious object crashed into the sea around the same time. Was it a spacecraft or satellite or maybe an alien spaceship?

It is mystery that CID has to now solve.

pinkpearl5 6 years ago Thanks for the article tellybuzz please keep updating like this :)

Chocolate... 9 years ago my holy hotness god... shit!!!
he looks so hawt, irrisitable and a whole lot of more adjectives.
truth be told srsly modesty be damned... b/c i srsly wudn't mind if he was my dish 4 new year.

EeshaMerlin 9 years ago Hrithik is the best


East Or West Hrithik Is The Best

indu221 9 years ago OMG He looks steamy so frickin hot cant keep my eyes off him, man his wife is so lucky i'm so jealous rite now