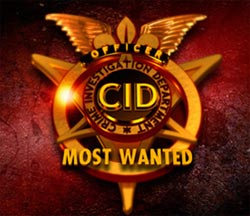 Our source informs us that, "In the coming episodes there are some major hurdles placed for the CID team. It will come as a shock when a mysterious person will start kidnapping few of the CID members. The disappearing acts of few in the CID team will start airing very soon. With the clues they get the remaining members in the CID team go on a look out to save their fellow members. This will apparently lead them to Paris which happens to be the destination of bad guys."

We hear that Dr. Sonali (Maninee De) and Dr. Sarika will be one of the first to get kidnapped.

When contacted, Maninee De said, "Yes there were talks about we going abroad for shoot but we have not got any conformation."

When asked about the kidnap she said, "Wait and Watch."

We hear that the unit is likely to shoot from the first week of October at Paris.

When contacted, Producer B.P Singh said, "Yes, plans are on for such an abroad shoot. But nothing is confirmed."

Danish Khan, Marketing Head of Sony TV commented, "We are working on such a thing. I will be able to comment on it sometime next week."

+ 3
8 years ago lol
its tarika not sarika
hehe

10 years ago interesting... even though CID is silly at times i love this shw.... i never miss any of the episodes

10 years ago well well well...if dr tarika is kidnapped...then our abhijeet will def be on this mission to save her! ;) Xx

10 years ago i just came from paris last week and!!??
now i think i should b there :P

10 years ago Sounds very interesting. Can't wait to watch it!!!!