Great Indian Laughter Challenge 4 is soon to conclude as the four finalists gear up to win the trophy. Adding to the excitement, Star One also announced the launch of ‘Champions’.

“Spread over 6 weeks, each episode will have five contestants performing pn different gags. Our very own laughter King Siddhu and the fizzy actor, Chunky Pandey will take the seat as judges,” says our khabroo.

There will be a list of 17 best contestants who compete for the trophy of champions. The names include Dr. Tushar Shah, Amanullah Khan, Khayali, Naveen Saarthi, Jaswant Singh, Bharti Singh and others as they bring a fresh dose of laughter beginning October,” adds the source.

Let’s wait and watch whether this show touches the new heights of laughter. Laughter Champions goes on air from October 10, every Friday at 9:00 pm. 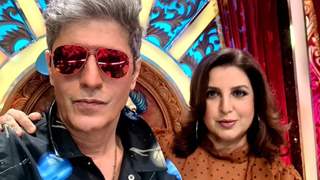 14 years ago I love it. A very oustanding acting from all of the stars. I love the songs.