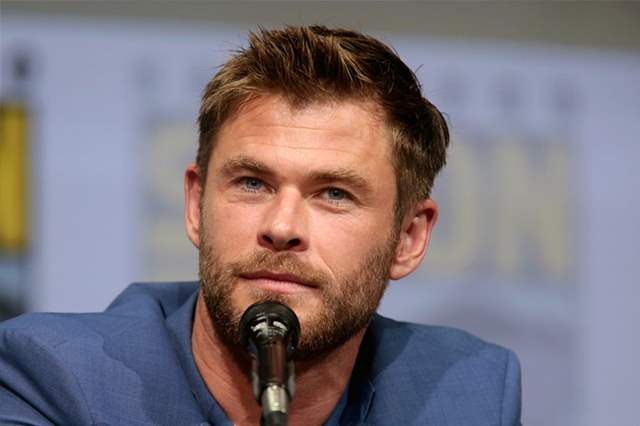 Anything actor Chris Hemsworth does is instantly important to look forward to, isn't it? Now, Hemsworth is diving into the world of National Geographic's Sharkfest. Hemsworth will be headlining a special for the 2021 edition of the summer programming block on Nat Geo, in a bit of Disney synergy (both Marvel and Nat Geo are part of the conglomerate). Shark Beach will have Hemsworth consulting with marine biologists, surfers, conservationists and shark advocates in his native Australia to uncover the reasons behind increased numbers of shark attacks in his homeland in recent years and figure out ways for humans and sharks to coexist.

"I’ve spent a great deal of my life near or in the ocean, sharing the same backyard with sharks, and recently there’s been some growing concern regarding an increase in shark activity," said Hemsworth. "It's crucial that we both revere and respect sharks. Our oceans depend on these apex predators for a biodiverse ecosystem; however, we must also learn how to protect ourselves, and that’s my main objective in Shark Beach."

In the special, Hemsworth will dive with different shark species to understand their behaviors; join local biologists to explore preventative measures to stave off shark-human encounters; and showcase innovations in technology designed to protect both sharks and people.

"Sharkfest has become the port of call for A-list scientists and filmmakers who share our passion for sharks and the health of the planet’s oceans. In success, we’re also drawing in celebrity thought leaders who have the power to raise awareness and impact behavior through their incredible social platforms,” sad Geoff Daniels, executive vp global unscripted entertainment at National Geographic. "That’s why I couldn’t be more excited about Shark Beach and our latest collaboration with Chris Hemsworth. He’s a fearless defender of nature with a proven commitment to conservation and has an unrivaled willingness to do whatever it takes to help protect sharks for generations to come.”

Thor actor Chris Hemsworth says, “I love the place and the people” ...

My emotional memory helps me shape my character in Anupamaa: ...
39 minutes ago

Barun Sobti says his transformation for Halahal was 'a bit ...
41 minutes ago