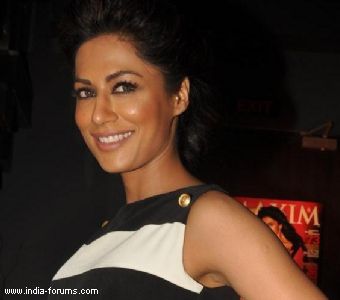 Actress Chitrangada Singh, whose performance in her debut film "Hazaaron Khwaishein Aisi" was acclaimed by critics and audience alike, says even after nine years she struggling to get over her character of Geeta Rao.

"I don't know if I have still managed to make people forget Geeta Rao and remember another character that I have played," she told reporters here Monday at the launch of the Indian issue of Vogue magazine.

"...I am still kind of struggling to get over it and make people remember me by something else that I have played. I think it's still the most special one," added the actress who has also featured in "Sorry Bhai", "Yeh Saali Zindagi" and "Desi Boyz".

Chitrangada, who took a break after her first film to start a family with golfer-husband Jyoti Randhawa, says that being an actress was never her ambition.

"I started with something like that and I didn't plan my Bollywood career. I did not want to be an actress, never thought I would be here. It came my way and it just went off really well," said the 35-year-old.

Talking about her upcoming films, she said: "My next release is 'I, Me Aur Main' which has John (Abraham) and Prachi (Desai) with me in the film. It is about a woman who kind of realises the man is not quite committed to the relationship and what does she do about it."

"My second film is actually a very strange love story. It is opposite Arjun Rampal and directed by Sudhir Mishra. It is set in a sexual harassment case but it's about two people who have been in love but are now stuck in this case and what happens to them and their life."

Mishra has already praised the chemistry between Arjun and Chitrangada in his yet to be titled film.

exclusive
Exclusive Barun Sobti on being away from TV: My problem is the ...
23 minutes ago

exclusive
Exclusive Jaan Kumar Sanu on keeping up with Bigg Boss 13, looking up ...
40 minutes ago

Subuhii Joshii loses weight all by herself
47 minutes ago