View Profile
Chitrangada Singh..??? Does it ring any bells..?? I guess not many of you know her but she is a nice talent. Her debut movie was “Hazaaron Khwaishen Aisi” (2003) and was again seen in “Kaal” (2005), after which she got married to Jyoti Randhawa in the same year. There were rumours that she stopped acting because she was facing problem in her domestic life, which she cleared stating her husband is very supportive.


But to everyone’s surprise she is back after three years 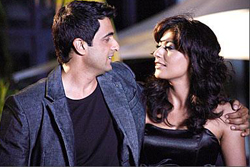 Featured Video
with “Sorry Bhai”. The movie is directed by Onir, who also directed movie like ‘My Brother Nikhil’ and ‘Bas Ek Pal’. Chitrangada is paired with Sanjay Suri in the movie and it also has stars like Sharman Joshi, Shabana Azmi and Boman Irani.


In the movie she plays the role of Aaliyah, who is a very simple girl and is getting married to Harsh (Sanjay Suri). The traumatic situation comes when she falls in love with her fiancé's younger brother Siddhartha (Sharman Joshi).


Seems like an interesting storyline, lets see what the movie has to offer us? And all I can say is all the best Chitrangada.. 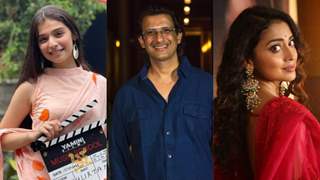 Gracy Goswami to star in a movie along with Sharman Joshi and Shriya ...