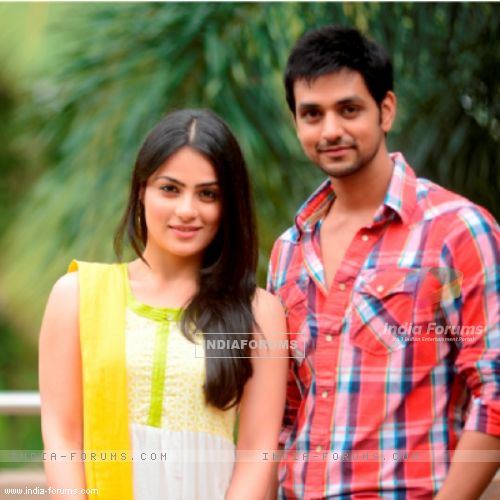 Balaji Telefilm's popular show Meri Aashiqui Tumse Hi on Colors is currently showcasing a high intense drama where Ishani will come to know about Chirag's real face in the show.

As per the ongoing track, Ranvir is trying hard to reveal Chirag's real face in front of Ishani that he is having an affair with the other girl and is cheating her for money. But Ranvir's efforts go in vain as Chirag very smartly foils Ranvir's plan.

Thus in the upcoming episode Chirag will play another game and on the other hand Ranvir (Shakti Arora) will succeed in revealing Chirag's (Ravjeet Singh) truth in front of the family.

The source further added, "Later there will be a high voltage drama where Ranvir will try to make Garima understand that Chirag is a very bad human and will cheat her as he is cheating Ishani. He will tell her that Chirag is a selfish guy and after acquiring  the money he will leave her also. But Garima will deny listening to Ranvir as she blindly trusts Chirag. But finally she will go at the venue where Chirag and Ishani are getting engaged. She will tell all the truth that the baby she is bearing in the womb belongs to Chirag. Thus Ishani will be shattered after listening this and she will slap Chirag."

Now what will be Chirag's plan? Will he give up and let Ranvir win or he will play another game to prove Ranvir wrong?

Yuvika_15 6 years ago I wonder if his truth will really be revealed tht easily??

gomathi2 6 years ago very excited to watch this episode, shakti arora as ranveer u re rocking

CandyCrushh 6 years ago Shakti Arora Rockz ! Waiting for the episode