View Profile
Star Plus, Chhote Ustaad, produced by Sai Baba Telefilms launches tonight on 24th July at 9pm slot every Saturday and Sunday. As we all know Omi Vaidya who won a lot of fans for his comic portrayal as Chatur in the movie 3 Idiots will be hosting the show. 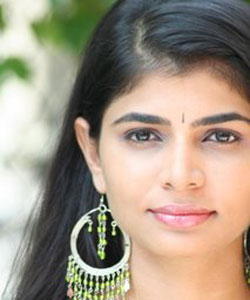 The latest news is that Omi has got his co-host for the show in the very popular playback singer down south, Chinmayi .K. Sripadaa the girl who has been roped in by Gajendra Singh as a second host of Chhote Ustaad.

A Little Birdie tells us that, "Chinmayi is presently hosting Sai Baba Telefilms Tamil version of Amul Music ka Maha Muqqabla titled Sangeet Mahayudham on Sun TV which has been on air for a month now. Gajendra Singh who was very much pleased with her style of hosting immediately gave her the opportunity of hosting his new sangeet musical show."

Says Chinmayi to tellybuzz, "I'm presently hosting Sangeeta Mahayuddam for Gajendra Singh when he saw me there he decided to take me as a host for Chhote Ustaad and also inquired about my proficiency in Hindi language. I told him he's taking a big risk by choosing me. Having said this I have sung for few Hindi film songs and I recently sung a number in movie Lamha. Above all as a kid I was brought up in Mumbai after which my mother moved to Chennai for certain reasons. It is great fun to work with Gajendra Singh as he has been a pillar in the Hindi music industry and has given singers like Sonu Nigam, Shaan, Sunidhi Chauhan, etc."

Talking further Chinmayi said, "I have shot for first two episodes of the show I'll take it up as it requires me to shoot at Mumbai for just one day in a week. I'm enjoying this stint, I hope that the concept of bringing together the contestants from Indian and Pakistan appeals to the audience and we see a change in the mindset of all."

Tune in to Chhote Ustaad tonight at 9pm on Star Plus.

Prasanthi 10 years ago I absolutely love her voice. She is too good in the tamil show. Way to go Chinmayi. I am all in to see you more and ALL THE BEST for everything you do.

sinipillai 10 years ago chinnuuuuu i am sooooooooo happy for you... fabulous singer

vaishnavi26 10 years ago chinmayi is really sweet but omi vaidya is bit irritating...he ws guhd in 3 idiots but as a anchor he's nt guhd.

luv_sakshi 10 years ago Kudos to Gajendra Singh for coming up with the concept of getting together voices from India & Pakistan..the kids are Gr8! All the Best to Omi n Chinmayi too..

krj87 10 years ago nice concept... and Chinmayi has a great voice!

Ethereal-Path 10 years ago nice concept ..all the best to them!

lv9070 10 years ago is this saibaba telefilms producing kajri on mahuaa bangla.

petticoat 10 years ago chinmayi is good..but i have my doubts on her hindi

amina.ahmedraza 10 years ago i loved the first season ..hopefully the second would be awesome too ....