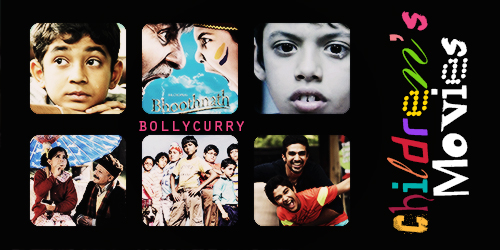 Bollywood has always experimented with various themes, genres and categories, and explored ideas beyond that of leads dancing to musical numbers. This time round, BollyCurry takes a look at one of the most significant genres in Bollywood today - movies that cater to children. Children's movies do not just entertain; they educate, inspire and make just enough for a great cinematic experience. 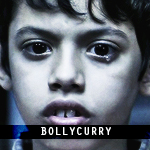 This National Award-winning movie marked the directorial debut for Aamir Khan. The spotlight though, is on the eight-year old Ishaan Nandkishore Awasthi (Darsheel Safary), who also happens to suffer from Dyslexia. He is sent to boarding school owing to his poor academic performance where meets a friendly and supportive art teacher, Ram Shankar Nikhumbh (Aamir Khan). With his help, he not only learns how to overcome his disability but discovers and polishes his innate talents that have no match, in spite of his dyslexia. The subject has been dealt with sensitively and the spirit of the film, aided by an extraordinary performance by Darsheel Safary, left many people in tears by the end.
Bhoothnath 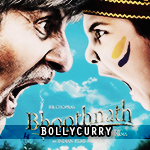 Even though three superstars like Amitabh Bachchan, Shah Rukh Khan and Juhi Chawla grabbed eyeballs after teaming up for this movie, the success belongs essentially and completely to the little protagonist, Banku (Aman Siddiqui). He is the heart and centre of everything energetic and bright in this movie. This is a story of a young boy who recently shifted to a bungalow with his family where he finds a friend in the ghost of Kailash Nath (Amitabh Bachchan), who tries to scare people away from the bungalow because he does not want anybody residing there. A child's innocence, loyalty and sincerity shines through this light hearted and beautiful film. Its sequel, Bhoothnath Returns hit the theatres in April 2014.
Stanley Ka Dabba 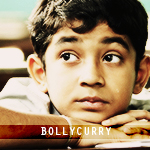 This heartwarming film directed and produced by Amol Gupte, starred his son Partho Gupte in the lead role alongside a talented bunch of kids. This is a story of a school boy, Stanley (Partho Gupte), who is forbidden by his ravenous Hindi teacher (Amole Gupte) to enter the school until he brings his own lunch with him. This leaves Stanley in a fix as unknown to others, he is an orphan and works at a restaurant and hence, depends on his friends' dabbas for food. The story highlights the plight of children engaged in child labour. More than anything, though, it is a simple story of a child's sunlit soul. Partho Gupte takes the spotlight with an outstanding performance that won him the National Award for Best Child Artist.
Chillar Party 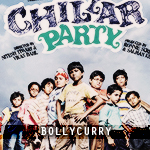 Directed by Nitesh Tiwari and Vikas Bahl, the film features many debuting child artists. The protagonists are particularly named after movies - Silencer, Aflatoon, Shaolin among others. This National Award-winning film is a tale of innocent and carefree kids who don the role of change-makers in the society when a new rule of capturing stray dogs is imposed. It is a story of grit and determination, and a tribute to the courageous spirit inherent in children. The little heroes embody the essential truth - that anything is possible if you have enough heart and determination. 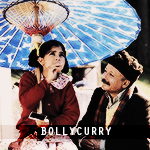 Based on a novel by Ruskin Bond, this is another National Award-winning film directed by Vishal Bhardwaj. It is a story of a young girl Binya (Shreya Sharma), belonging to a small village in Himachal Pradesh. She comes across a blue coloured Japanese Umbrella belonging to Japanese tourists and developing a liking towards the umbrella, she trades it with her necklace. Soon people start getting jealous and plot against her to get their hands on her possession. The film portrays the human emotions of jealousy and greed. In the end, in a warm hearted gesture, Binya gives her umbrella to the same person who tried to steal it from her. The film depicts the kind of innocence and sincerity children has blessed with.
Hawaa Hawaai 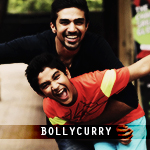 Directed by Amol Gupte, this film is a tribute to people who dare to dream. The story revolves around Arjun Harishchand Waghmare (Partho Gupte), who works at a tea stall and his biggest dream is to be able to skate. His feet get wings when he comes across an enthusiastic coach Aniket Bhargava (Saqib Saleem), who agrees to train him. The movie takes us to a world where children are forced to work for a living, a world right in front of our eyes but that we choose to ignore. However in the movie, there is also the coach who goes out of his way to support him and make him a skater. Surely the film's heart is at its right place.
These are some of the movies that struck a chord with the audience and inspired them to understand children a little better, love a little better and perhaps, they did make a difference. BollyCurry wishes that more such movies come our way. Do let us know about your favorite children's movie in the comments section below.
Writer: Peehu A.
Editors: Tanisha N. and Sonia R.
Graphics: Virina R.
Do you have a suggestion or comment for BollyCurry? Drop us a PM at BC_Dropbox today!