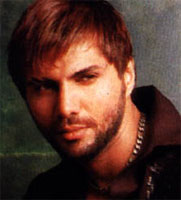 Chetan Hansraj who was recently seen with his wife Lavinia in Nach Baliye 4 is back to playing the 'Bad Man' again!!

The actor who is popularly known as Sasha of Kahaani Ghar Ghar Ki will be making his entry in Zee's Kasamh Se sometime next week.

According to our source, "His role is similar to Sasha as he comes with a mission to destroy Walia house".

We called up Chetan who confirmed this news,  "The character I play in Kasamh Se is Shaurya. I will directly enter the Walia house to buy it".

When asked about the reason to destroy Walia family, the actor just says, "I can't disclose the twist now. All I can say is that the guy enters to put an end to the Walia Empire".

Well, his entry will surely spice up the story!! 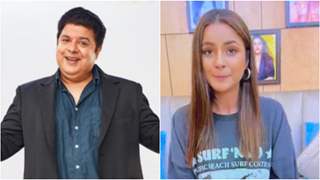 + 5
13 years ago i Might watch it again just to see if it gains any more interest on the Show !
Sasha is a Good actor, Well the Best to Him and The KS Team !

13 years ago I like chatan''s acting so looking forward to his entry...not sure if he wud be adharva...this show have so many negatives nd entering one more...hopefully chtan''s character will be interesting..i m tired of bani- jigs repetitive storyline...

+ 3
13 years ago yeah, priya, ure right, it would be so weird if it was atharva, they never did look for him, which was dumb. i dont know though, ks is starting to get boring for me. i guess all shows are though, too much drama

13 years ago atharva was jai walias lost son... hirah is saying he mitehave a link yo him

deecees 13 years ago the character he is going to play is Shaurya.....not atharva......

13 years ago i think he''ll be someone from Meera''s family or her acquintance,, who might have a link with atharva aswell