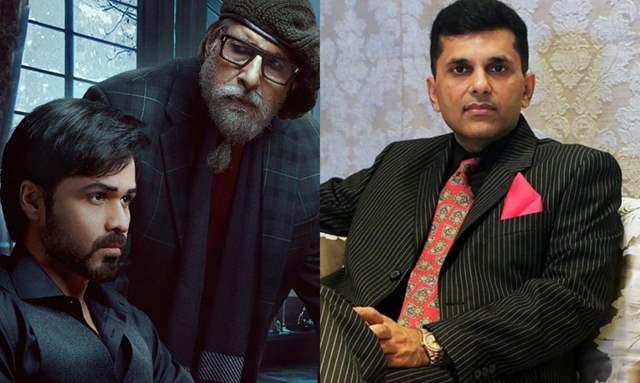 The rise of Covid-19 cases continues to proliferate in several parts of Maharashtra and new guidelines have been imposed leading to the shut down of cinema halls, malls, restaurants etc. It has ultimately affected the industry’s business and makers are in a dilemma as the theatrical release of Bollywood movies are being pushed to further notice.

While many have been waiting for their chance to grace the silver screen,  Rumy Jafry directorial has faced numerous delays due to the pandemic and having surmounted them, the film was all set to release this April amid rising media buzz and intense audience curiosity.

Spilling the details about Chehre’s release producer Anand Pandit reportedly said that the film has created a huge buzz because of its star cast, its stunning international locations and an obviously dramatic and suspenseful theme.

While the team has been approached by OTT platforms already, the film’s makers might seem in a major dilemma. However, they have already made their mind and will give the film the theatrical release it deserves.

Producer Anand Pandit, “The film has created so much buzz because of its star cast, its stunning international locations and an obviously dramatic and suspenseful theme. We have been approached by OTT platforms that want to stream Chehre with a grand, publicity-fuelled premiere but this is a larger-than-life film that merits the silver screen. That is why I would like to wait out the current COVID crisis to give the film the theatrical release it deserves. I am a patient man and an optimist as well!”, as reported by Bollywood Hungama.

+ 2
1 months ago Please keep waiting Mr.Anand!!! And when it will release it would have turned bassi roti already LOL