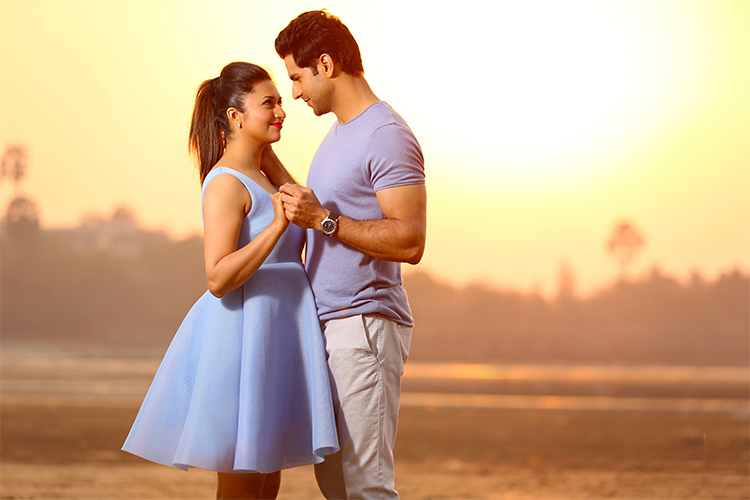 Co-stars who were brought together by fans & friends & after a brief courtship period, Vivek Dahiya & Divyanka Tripathi had a fairy-tale wedding & went on to participate in Nach Baliye to spend more time with each other.
Vivek Dahiya & Divyanka Tripathi are in the final leg of the celebrity couple dance reality show & are battling it out against other two contestants to bring the trophy home. Vivek in an earlier episode modestly shared that if they go to win the show, this trophy will be his first award as compared to Divyanka's numerous awards & achievements.
Vivek took to his social media to write an open letter to wife Divyanka and reading it will melt your hearts! The actor even read parts of this letter on the finale episode and we must say, its touching! And it's the genuinety of Vivek's feelings for his wife that really strikes out as the actor has been honest in sharing his earlier inhibitions and how through the relationship his perception about Divyanka changed. No wonder this open letter is going viral!
Its rare to see this kind of love in this day and age! And when we see it all we can is awww...No wonder Divyanka has been saying she's a lucky wife! Such expression can make any girl's heart melt!
The letter:

What do you have to say about the same? Leave in your comments below..
8 Likes

beingaditij 3 years ago Lol! Too much of drama... I guess Divyanka is his own wife... he could have express his feelings for her at home or on phone as well... but ... sas bahu serial ke bahar ka drama nahi hota na...

MrDarcyfan 3 years ago So much PDA. If your feelings are real, there is no need to make a display of them. Or what you guys in India call it "Tamasha". These two celebrities make a Tamasha of their lives daily. Sorry to their blind fans who support them no matter what. But this behaviour is not indicative of people with class. Are there no lengths this couple won't go to to gain attention and stay in the limelight. Totally fake!

Shehnaiyaan 3 years ago This couple doesn't leave any opportunity to go public, do they?

rupsii 3 years ago He couldn't give this letter to her in private and save us the pda? No one wants to know how much you are in love and be witness to all baby, babu ,puchka drama.. Seriously!!

Bharathi_gurti 3 years ago Why is she living in Iceland and this guy in Amazon!!! Or they can't see their faces or even have their conversation: p

LiveLifeHonest 3 years ago Seriously, a love letter to your spouse is something that should be private. Sharing this just makes this attention seeking. Furthermore, a couple secure in love need not do stuff like this to convince the public. Another overactive PR.

MuratHayat 3 years ago I liked wat he penned down esp the parts where he said he loves watching her sleep and sumday he will b knwn not as her husband bt by his own name. I remember reading dis in many fiction novels though.
He had doubts on her genuinity, yet married her within days of knowing her and dis makes me doubt the genuinity of this "open genuinity declaration". After nach happened he realized she is not "perfect" is dat a subtle way of admitting all the vile PR stunts she pulled ROFL.

'Tujhse Hai Raabta' to take a Leap; Checkout their Post Leap ...
5 minutes ago

Karan Johar’s Takht put on Hold; Plans for another film ...
18 minutes ago

Kartik and Naira to Separate AGAIN in Yeh Rishta Kya Khelata ...
26 minutes ago

Namish Taneja all set to feature in 'Aye Mere Humsafar' as ...
41 minutes ago

Kareena has the Sweetest wish for Sara Ali Khan on her ...
52 minutes ago