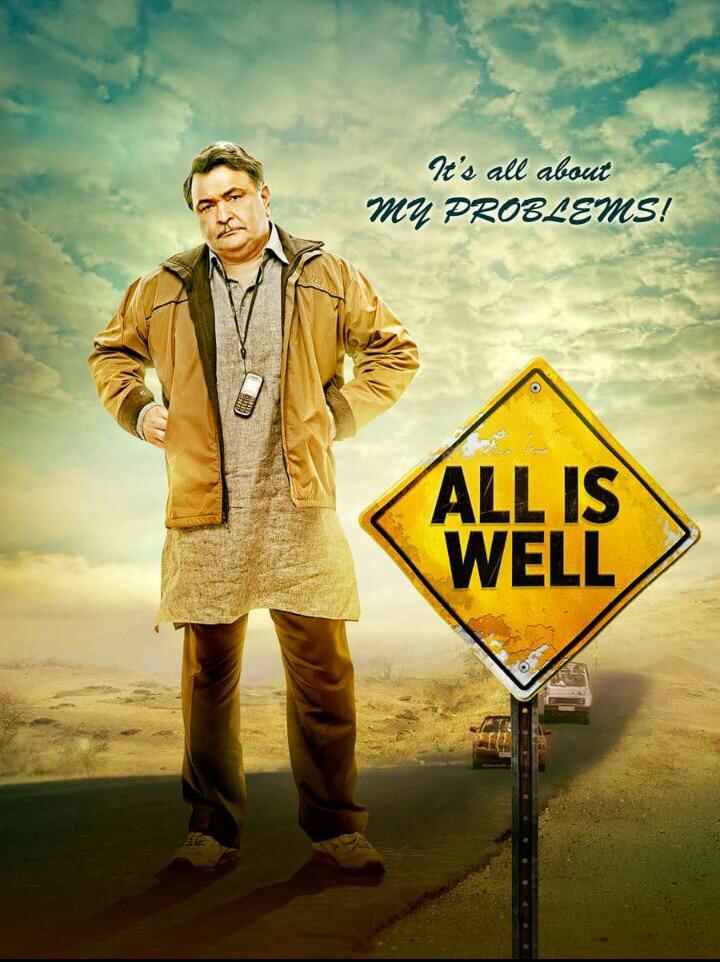 Rishi Kapoor would be seen in All Is Well, in the role of Abhishek Bachchan's father. As reported earlier the movie is to release on 21st August this year. This news was broken by Junior Bachchan, when he posted a picture of this upcoming movie which read, 'It's all about me'.

Now here we bring to you yet another picture from the movie, which reveals the look of Rishi Kapoor in the film. This picture captions itself as, 'It's all about my PROBLEMS'.

The film is about a fun road trip that the father-son duo takes. All Is Well also stars Asin and Supriya Pathak in pivotal roles.