As the month of April drones on, BollyCurry is back with yet another feature of its Yin-Yang series. Theoretically, zodiac signs play a pivotal role when forging a relationship of any nature. In our lifetime, we come across a variety of people, all with a unique perspective. There are some with whom we share a great rapport, whereas, there are some with extreme opposite personalities. Much has been discussed about the compatibility that humans share, but none could exactly pinpoint whether the compatibility will be a type of chemistry between any two persons, whereby the opposite poles attract and the like poles repel.
So this is an effort to point out some of the very famous Bollywood couples that may have surpassed tough times and still manage to live a happy, blissful life together. Take note of the Bollywood couples that have come a long way, even if their planetary positions are not aligned.
Amitabh Bachchan & Jaya Bachchan (Libra vs Aries) 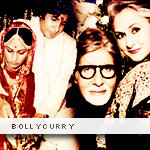 One of the most iconic and much celebrated jodi of all times, Amitabh Bachchan and Jaya Bachchan, inherited the traits and tendency of two extreme zodiac signs. Libra and Aries are considered to be the two exact opposite signs, possessing qualities in extreme directions. The couple is least compatible in nature yet get along quite well even after so many decades of marriage. There were rumors about the two splitting in the latter part of their relationship but the love was so strong and the couple worked through their differences. Blessed with two glorious children Abhishek and Shweta, the evergreen duo tops our list of fabulous jodis.
Saif Ali Khan & Kareena Kapoor (Leo vs Virgo) 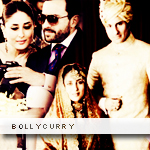 Born under the sign Leo, the Chote Nawab is bound to be alot more extroverted, dominating and likes to show-off. On the contrary his better half, Kareena Kapoor is self withdrawn and enjoys privacy when it's all about her personal life. Born in top notch families with completely different culture and traditions, the two fell in love and decided to spend the rest of their lives together. The couple possesses entirely different traits of their respective sun signs, yet both get along really well. According to their sun signs, the only basic factor that can create a long lasting chemistry between the two- is Acceptance. Accepting the good and bad of each other with adjustments will be helpful. The Leo-Virgo combination is not much compatible according to the facts laid down by the researchers. But as we say and we do believe, 'Love conquers all', Mrs. & Mr. Saif Ali Khan know it all very well. Thus, we at BollyCurry wish the couple a beautiful life ahead with lots of love, laughter and togetherness.
Abhishek Bachchan & Aishwarya Rai Bachchan (Aquarius vs Scorpio) 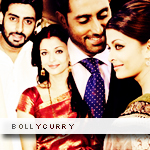 The final couple is of the prestigious Bachchan's kandan, Abhishek and Aishwarya Rai Bachchan. Yes, following the footsteps of his father, Bachchan junior decided as well, to go against the society and got married to the beautiful Aishwarya Rai. Very different in their likes, dislikes and views toward life, the couple gave each other the much needed space that would pave way to an eternal bond. The couple happens to be one of the rarest combinations around, proving love comes to those who believe in it. Aishwarya Rai Bachchan happens to be elder than the tall, dark and handsome Jr. Bachchan. This was the most talked about issue when they finally declared their love for each other socially. According to the Hindu traditions, Aishwarya is 'Manglik' and she should have married a man with similar traditional traits, but the families kept all aside and finally, by the grace of God; and following some customs as remedy to the planetary issues, they both became one. Blessed with a cute, little daughter who turns three this year, the couple is happily married with much love and warmth for each other.
The above listed couples are unique combinations in various ways, yet they have proven that planetary compatibility is a myth by leading successful marriages. We know many such couples, who too fell in love and got married, but the bond couldn't last long and may probably be due to their sun sign incompatibility. BollyCurry wishes a happy marriage life to all the couples as it's time to bid adieu. Be sure to share your views and opinions on this topic and if you can think of another incredible example of true love.
Writer: Shikha A.
Editors: Mohini N. and Hershi J.
Graphics: Shikha A.
Do you have a suggestion or comment for BollyCurry? Drop us a PM at  BC_Dropbox today.
10 Likes