Featured Video
According to our source, "He plays Kundan Mhatre whose character has been portrayed very realistically. He is a jobless poor man who has a limp due to an injury and has to use crutches. He is basically a frustrated personality and hates the elite group of people".

We talked to Producer Kavita Barjatya who elaborated on his entry and said, "Chaitanya is a fabulous actor, and it is good to have him in our show. He plays a very challenging role which has not been shown before. He is a common man who is shaken when his wife meets with an accident and gets into coma. He feels that all the rich people are heartless, and hates the sight of them. This is where our protagonists Rishabh and Rani come face to face with the guy. The manner in which they rub in positivity into the man is worth watching".

Chaitanya Adib who is excited on bagging this role says, "I am really glad to be chosen by Rajshri and I am looking forward to playing this character as the graph of my role is worked out very well and above all I feel the character is so unique and unusual. Such a character has not been seen  on the small screen in last 8 to 10 years".

Let's wait and watch how Rani and Rishabh transform the person... 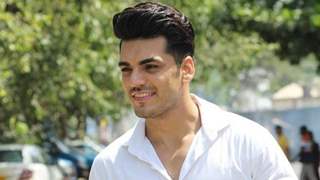 People have been calling me a monster: Manish Chawla on the response ... 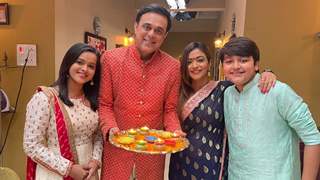 13 years ago when will they change rani ! she makes the show boring
nothing is changed in her same acting..same hair ... same dialogues !
n how rani look''s like her mother pari n pari is not rani''s mother she didn''t born rani then hoooooooow rani look''s like pari ? uff

+ 6
13 years ago This show has become like a samaj - sudhaaro aandolan.
They have no other theme since the beginning, they will have some sort of a negative character and our rani and her husband will set out to turn him into a saint.....