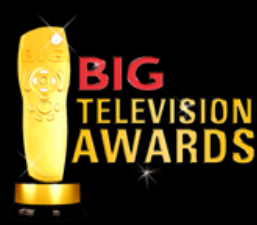 The grand ground event of Big Television Awards..Jazbaaton ki Jeet was held yesterday with the entire small screen industry gathering under one roof!

A little birdie from the venue updated TellyBuzz regarding the Winners..

We contacted Rati Pandey and she confirmed, "Yes, I was present for the awards and it was nice experience to be at the awards."

Angad Hasija too confirmed, "Though I didn't get any award it was fun to perform at the function and again I would say that we all were lucky that Big B graced the event".

4 years ago Sanaya Irani missing you my adorabe baby

6 years ago Lovely Sanaya Irani, you are a brilliant actress...

+ 2
8 years ago VIVIAN DSENA---ADITYA REDIJGood Morning...
"Deepest" feelings of my heart while praying for you ,
May "GOD" Convert Ur
Discomforts To Comforts, Ur Pains To Gains,
Ur Minimum To Maximum,Ur Losses To Profits,
Ur Tears To Smiles, Ur Sorrows To Pleasures,
Ur Bad-wishers To Well-wishers, Ur Debts To Credits,
& Ur Good Dreams To Realities!And make these"Everlasting!...(Ameen).

9 years ago Shaheer is the best and will always rock