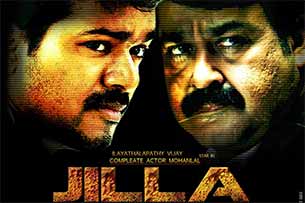 Buoyed by the success of Tamil action-drama "Jilla", its producer R.B. Chaudhary Monday said Vijay is an actor for the masses, therefore, it's unwise to make an art film with him.

"Jilla" released Friday and struck the gold at the box-office. In its opening weekend, it has reportedly minted Rs.15.43 crore.

"When you're making a film with Vijay, one needs to keep in mind that he has a large fan base. Therefore, it is important to satisfy them. You can't make an art film or even a family drama with him because his fans won't appreciate it," Chaudhary told reporters here.

He was speaking at the success meet of "Jilla", and added: "You can only make commercial films with Vijay and that needs to satisfy his fans. I'm glad that the film has been received well".

Vijay teamed up with Malayalam superstar Mohanlal in the film, which is directed by debutant R.T. Neason.

"Mohanlal told me that 'Jilla' was received very well in Kerala. Few years back, Mohanlal and I had a small misunderstanding while working on a film called 'Aran', but he left all that behind and worked with us," he added.

Vijay, who was also present at the event, thanked his fans.

"I never attend success meets, but I did this time because I was moved by the love of my fans who queued from 4 a.m. to watch the film on its release day. I extend my heartiest gratitude to all of them who made our film successful," said Vijay.