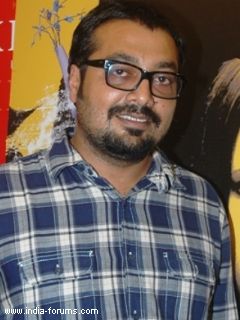 Anurag Kashyap's films lack typical Bollywood song sequences and the writer-director says he loves music but does not understand their sudden appearance between scenes.

"I love music and I will never let go of it. I love songs, but the thing is that I can't let actors suddenly breaking into a song. So, I have figured out my own way to use music in the films we are working on," the 39-year-old said at a press conference.

Kashyap, known for his off-beat cinema like "Black Friday", "Gulaal", "Dev D" and "Udaan", asserted that he never intended to make cult films but couldn't help that he did.

"I have unintentionally made cult films. I intended to make box-office hits. Cult films are made unintentionally, they become cult films because of the people. The director does not make a cult film," said the filmmaker who is working on "Gangs of Wasseypur".

He stayed away from stars initially, but now he has teamed up with Rani Mukerji for his co-production "Aiyaa" and he is also co-producing Sonakshi Sinha and Ranveer Singh starrer "Lootera".

While his thriller "Ugly" sees him working with Rahul Bhatt, Ronit Roy and Tejaswini Kolahpuri.