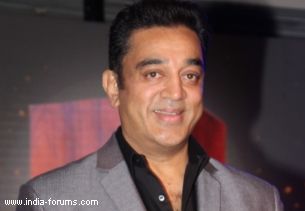 Actor-filmmaker Kamal Haasan-starrer Tamil comedy "Uttama Villain", which he has scripted, went on the floors Monday. Being directed by Kannada actor Ramesh Arvind, it will be completed in two short schedules.

"The regular shooting started in Bangalore this morning. Kamal sir plans to complete the film in two non-stop schedules. He spent the last two weeks scouting for locations in different parts of India," the film's spokesperson told IANS.

While the rest of the cast, including the leading lady is yet to be finalised, Kamal has roped in his mentor filmmaker K. Balachander to play an important role.

Writer Crazy Mohan, who has penned dialogues for Kamal's films such as "Panchathantiram" and "Vasool Raja MBBS", will also write the dialogues for "Uttama Villain".