View Profile
Bollywood is no longer the place known for its brawls and cat-fights! Bollywood, is in fact, the place where every second day you come across a new someone bonding! Well, this time, they're not new; they're but in fact, the best buddies of Bollywood - the Good & the Bad boys of Bollywood, Imran Khan and Ranbir Kapoor, respectively.
Earlier, the tension between the two hot superstars garnered much raised eyebrows and numerous happening headlines! 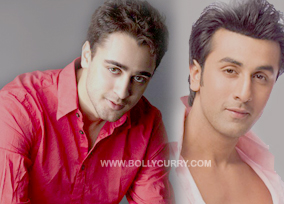 First, when Imran's then fiance and now wife Avantika Mallik mocked Ranbir's performance in Raajneeti. Next up, reports surfaced that a telecom company had gone for Imran as their brand ambassador over Ranbir due to the former's squeaky clean image.
Clearly - there was some tension going on.
But now, after all this while, when rumors about Ranbir and his personal life are floating around - the voice that has risen to defend Ranbir is of none other than that of his buddy Imran.
Recently, over an event organized by Imran Khan to celebrate the success of his flick Delhi Belly, he was heard defending Ranbir's Casanova image. He was heard saying, "Ranbir's a young, talented, rich and successful star; let him party. Let him date girls. Why are people hell bent on turning it into a bad thing?"
When asked about his ways of partying, all Imran had to say was, that he never had the energy to party - he much preferred to be in his bed by eleven, watching a film and sleeping.
Now lets hope the friendship continues and Imran can help with Ranbir's not-so-clean image!
Editor: Gunia.
Graphics: Pooji.