One formula of Bollywood movies has always seemed to work really well, so for this month and the next, BollyCurry has decided to analyze this well-tried formula. As you can tell by the title we are analyzing the very hilarious comic bromance of Bollywood movies! Some have been used more than once, while others not so much. This month, BollyCurry brings to you some of the most bromantic jodis from the 1990s to the early 2000s. 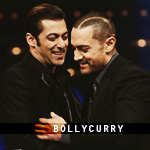 First up is the ever hilarious bromantic jodi of Aamir Khan and Salman Khan from Andaz Apna Apna (1994). It seems that the inception of fighting, hating, and then joining forces began with this comic twosome. From the beginning, Amar (Aamir Khan) and Prem (Salman Khan), read as Amar Prem, were at loggerheads with each other since they both wanted to marry the rich girl. Their fights proved to be the comic backbone of the movie as people laughed at Amar as a fake patient and Prem as a fake doctor or at the two as fake nawabs. This bromance was loved widely because many people felt that there was no acting involved and that Aamir and Salman were just being themselves!
Call us greedy, but we definitely want to see this hit twosome come back in some project together to fight with each other, but then gang up to save the day!

It seems Salman Khan is more than happy to appear with any actor in a comedy movie. After Aamir Khan, another actor that Salman created a comic jodi with was Sanjay Dutt in Chal Mere Bhai (2000). Their funny and loving nature proved to be quite different than most bromantic jodis. Salman as the younger, child-like, hilarious brother created a great rapport with Sanjay as the older, responsible, brooding brother. Their jodi together was loving, hilarious, and made you just want to get together and have a good time.

Need we say it: we're greedy and we wanted them together in more movies because they weren't just comic, they were emotional, they were loving, and they shared a great rapport both onscreen and offscreen. 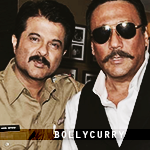 Next up is the funny and serious jodi of Anil Kapoor and Jackie Shroff. Appearing together in thirteen movies, this hit twosome has brought every possible emotion out in viewers. Since the beginning, Anil has always played the funny, child-like, comic character matched with Jackie's quiet, serious, strong character. But put them together and you have a formula for success. Whether it be Anil's antics to bring Jackie together with his love in Ram Lakhan (1989) or their antics to escape dressed as gorillas in Karma (1986), this jodi is sure to make you laugh. They have come together time and time again to prove that they are the undisputed comic jodi. A hit jodi indeed as they came together after almost 12 years to do two movies in 2013.


BollyCurry is more than satisfied with all the movies this hit jodi has appeared in, though we wished that for once Jackie had played the comic, child-like character and Anil the serious, brooding character. 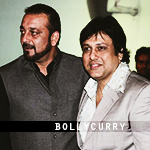 Remember the hilarious Haseena Maan Jaayegi (1999), Jodi No. 1 (2001), and Ek Aur Ek Gyarah (2003)? There was one thing all three movies had in common: Govinda and Sanjay Dutt. Of course, the rhyming or one breath names were also common: Sonu Monu of Haseena Maan Jaayegi, Jai Veeru of Jodi No. 1, and Tara Sitara of Ek Aur Ek Gyarah. This hit bromantic jodi were friends and brothers who stood by each other through thick and thin, often giving viewers a myriad of hilarious scenes in the process. They would always end up running from someone or the other and taking on assumed identities to woo the females paired opposite them. They would then end up in a crisis due to their assumed identities where, instead of the run-of-the-mill action, they would save the day with their comic intelligence. This jodi has come together in other movies as well, but those have been action flicks versus these comic flicks.


We're extremely guilty of being greedy, but we really wished that we had at least 10 or 11 films with this unassuming, being-in-the-wrong-place-at-the-wrong-time hit comic jodi. 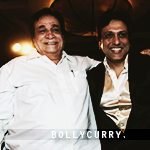 When we talk about Govinda how can we forget his bromantic jodi with Kader Khan?!! This hit jodi is so popular that at one time they appeared in every movie together. Acting in over forty movies together, Kader Khan often played the role of a father or a chacha to Govinda. Yet their bromance was always hilarious and comic, whether it be Govinda's character running away from Kader Khan's character or the two working together to solve the problems in the movies. They have always managed to make anything hilarious, no matter the situation and there is no way any viewer can watch their movie without laughing. The movies often also had hilarious songs, which just enhanced the comic timing. This bromantic jodi is one of the biggest hits that could ever be.


We redeem ourselves here as we are no longer greedy. After appearing in over 40 films together we believe that we have seen this jodi together in every way possible! 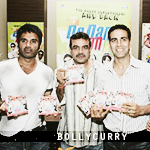 
This bromance is so comic that we can't wait for the third film in the series! We hope that they come together in something apart from the Hera Pheri series as well. 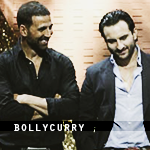 Akshay Kumar and Saif Ali Khan are another hit comic jodi who have starred in several movies together. Their bromance often had Saif playing the role of a funny, somewhat stupid guy while Akshay would play the role of a the more intelligent, quiet guy. Like with other such bromances, this bromance was also very popular and that is why this jodi was repeated a couple of times. Saif's hilarious antics mixed with Akshay's action was a real treat. Whether it was Main Khiladi Tu Anari (1994) or Tu Chor Main Sipahi (1996), these two made viewers laugh and definitely earned a place in our list of bromantic comedy jodis.


We're not at all greedy here as we say it's time to bring the lovely classic time back when Akshay was playing the action hero and Saif was playing the hilarious roadside Romeo. 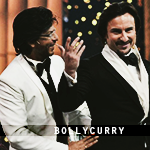 Saif Ali Khan also made a great hit bromantic jodi with Shah Rukh Khan in Kal Ho Naa Ho (2003). They really stole the show with their hilarious fake gay jokes, as they set out to make Naina (Preity Zinta) realize her love for Rohit (Saif Ali Khan) and also change her perception on life. Their hilarious antics as friends and their bromance was enough to make any emotional sequence into a hilarious comedy. They repeated their impeccable comic chemistry as hosts of that year's Filmfare Awards and had everyone laughing at every small joke and action.


Here's wishing that these two great actors are seen together again soon maybe doing a Dostana this time, as their bromance is one for the records! 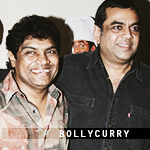 Finally, Paresh Rawal and Johnny Lever, the eternal comic duo, make this month's list! Appearing in over twenty-five films together, you can always expect to see something comic when these two appear together in a movie. Their fights and their friendship always make for a great laugh. Whether it be a couple of fighting scenes such as in Phir Hera Pheri (2006) or their friendship and working together in Hadh Kar Di Aapne (2000), their antics are bound to have you laughing out loud!


We have been so greedy that we decided to redeem ourselves here a bit more and say that we're more than happy to have seen this bromance in over 25 films together.

Do you have a suggestion or comment for BollyCurry? Drop us a PM at  BC_Dropbox today.