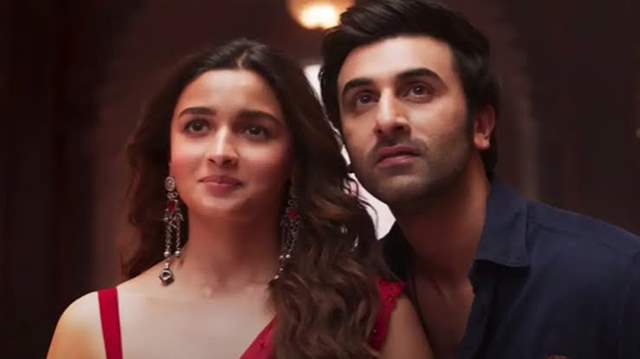 After the blockbuster record breaking release of Brahmāstra: Part One – Shiva, there has been curiosity around the track Rasiya that plays in the movie. There has been immense buzz on social media to release the full version of the song.

Today, Sony Music India and team Brahmāstra releases the most awaited romantic track, ‘Rasiya’ for all music enthusiasts across the globe.

The romantic ballad is led by the vocals of Tushar Joshi and Shreya Ghoshal, composed by Pritam Chakraborty, and lyrics penned by Amitabh Bhattacharya. The melodious track features the most popular couple, Ranbir Kapoor and Alia Bhatt.

Sharing his experience on composing the track, Pritam said, “I loved and enjoyed composing for Rasiya. Brahmāstra’s album has topped charts globally and I am very hopeful fans will love Rasiya too.”

Making the song iconic with her melodious voice, Shreya Ghoshal said, “It has always been a delightful experience to work with Pritam Da. Being a part of the biggest movie of the year is special, and I am glad the full song is out now on popular demand. I had a lot of fun recording the song. The track touches one’s soul and I am certain that the audience will give immense love to Rasiya.”

Winning hearts globally with its music, storyline, and VFX, Brahmāstra was the No. 1 Film worldwide in its opening weekend.

+ 3
2 months ago r these songs not in movie?..y after movie is released, they r releasing it out one by one...looks like unnecessary overhyped movie it has become..only 1 day or week people seemed crazy...now more memes r comg out...nothing much