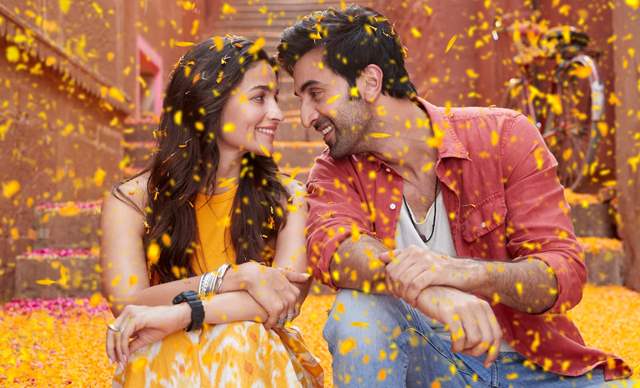 Director Ayan Mukerji shared a beautiful glimpse of Ranbir Kapoor and Alia Bhatt from the breathtaking 'Kesariya' song shot in Varanasi on the brink of their upcoming wedding celebrations and we are all mighty excited.

The duo was recently in the news as the makers revealed the poster featuring Ranbir and Alia a while ago and also announced the song. Ever since, fans have been waiting to get more glimpses of Ranbir and Alia and today happened to be the right moment after all.

Have a look at the glimpse here:

Meanwhile, Ranbir and Alia have been in the news constantly owing to their wedding. Multiple reports around the dates, the decor, the guestlist and other things continue to do rounds. In fact, Ranbir's mother Neetu Kapoor also went on to remark how no one knows when would the wedding happen and that's kept everyone entertained and how.

On the work front, Alia has been keeping busy shooting for Rocky Aur Rani Ki Prem Kahani with Ranveer Singh. She was also in the news when Farah Khan shared a video of a call with the actress as they talked away. Meanwhile, she has been enjoying the success of RRR and Gangubai Kathiawadi. Ranbir, on the other hand, also has an interesting line up of films including Shamshera, Animal, and Luv Ranjan movie with Shraddha Kapoor.