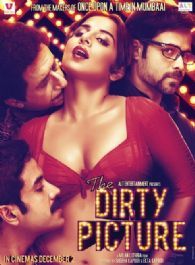 There was a time when women-centric films were bound by the 'parallel cinema' tag. But now they seem to be treading a successful path as commercial cinema, a point proven by the huge reception to Ekta Kapoor's 'The Dirty Picture', which saw Vidya Balan carrying the entire film, boldly, on her shoulders.

Women have played several roles on screen - helpless mother, submissive wife, devoted girlfriend and ignored sister. But over a decade, filmmakers like Sanjay Leela Bhansali, Shyam Benegal, Vishal Bharadwaj have tried to break the stereotype and present them in a more realistic way, and successfully too.

IANS lists women-centric films in the past decade that have ruled the box-office or garnered critical acclaim:

'The Dirty Picture' (2011) - Vidya Balan's itsy bitsy clothes, cleavage-showing blouses and raunchy dance numbers swept the audience off their feet even before the film hit the silver screen, but her powerful and crisp dialogue delivery and easy portrayal of the character took the attention away. The film is an unofficial biopic of southern sex symbol Silk Smitha, her rise to fame and downfall.

'7 Khoon Maaf' (2011) - Priyanka Chopra won critical acclaim for her performance as Susanna, a potentially loathsome serial spouse-killer. At the outset Priyanka's character seemed negative but at the same time it gave an insight into a woman's heart and soul. Rather than hate her, many ended up sympathising with her.

'No One Killed Jessica' (2011) - Based on the real-life murder of model Jessica Lall in 1999, this film kickstarted the year on a positive note. While Vidya Balan triumphed with her non-glamorous and distraught portrayal of Jessica's sister Sabrina, Rani Mukerji's unprecedented use of abuses as a journalist raised quite a few eyebrows but brought critical acclaim for her. 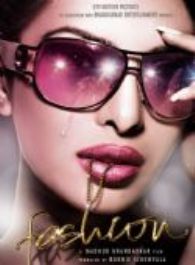 'Fashion' (2008) - Directed by Madhur Bhandarkar, 'Fashion' gave a sneak peak into the dark reality of the glamour world. Priyanka stole the show with her powerful and intense performance as a girl who goes from aspiring model to supermodel before her descent. The actress played a bubbly girl, who connected with the darkest of human emotions while pursuing her dream. Her performance also won her a national award. 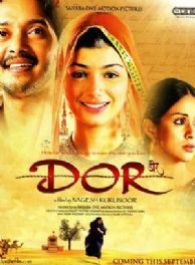 'Dor' (2006) - A Nagesh Kuknoor film, 'Dor' was the poigant tale of two women and how their fate brings them together. Relatively new to the world of cinema, both Ayesha Takia and Gul Panag proved their mettle as actors with their distinctive performances.

'Black' (2005) - Directed by Sanjay Leela Bhansali, 'Black' was one of the best films of Rani Mukerji's career. Her portrayal of a deaf and blind girl and how she forms a strong bond with her teacher played by Amitabh Bachchan won her accolades from all over the world. The film brought out the untapped potential of the actress. 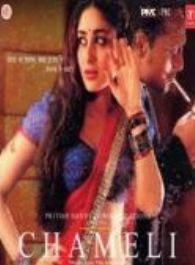 'Chameli' (2003) - 'Chameli' was a brave attempt by Kareena Kapoor, where she played a sex worker. With her over-the-top makeup, bright coloured saris and intense portrayal, Kareena proved that she is much more than just glamorous. 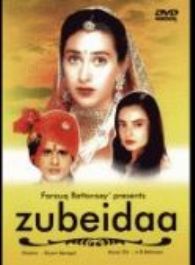 'Zubeidaa' (2001) - A Shyam Benegal film, 'Zubeidaa' starred Karisma Kapoor and Rekha in prominent roles. It was the story of a girl who gets married into a royal family and frets about the restrictions on her as princess and often vents her frustrations at not having her husband to herself. The film saw Karisma in a completely different avatar.

'Lajja' (2001) - Directed by Rajkumar Santoshi, 'Lajja' satirized the status of women in society and the restrictions on them. The film chronicled the story of four women with the names Maithali, Janaki, Ramdulhari and Vaidehi that are considered to be the versions of Sita. The film starred Manisha Koirala, Rekha, Madhuri Dixit and Mahima Chaudhry. 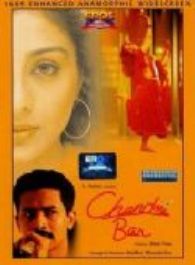 'Chandni Bar' (2001)- Madhur Bhandarkar's 'Chandni Bar' was again the heartwarming story of a sex worker played by Tabu and how she struggles to provide a better lifestyle to her kids, keeping them away from the gritty world of prostitution. Tabu walked away with the national award for best actress.

Bigg Boss 14: Teaser Promo of Nikki Tamboli is Out
12 minutes ago

Neha Mehta aka Anjali Wanted To Return To 'Taarak Mehta..' ...
46 minutes ago

Star Plus' Ghum Hai Kisi ke Pyaar Mein To Go To Nashik For ...
51 minutes ago