As all things surreal, the theme of superheroes has always brought about a source of awe, inspiration and entertainment to movies. The idea of individuals possessing powers, inherit or not, has always captured an audience's interest is now a massively growing market in the world of movies. Today, as part of our Bollywood vs Hollywood theme, BollyCurry brings to you some Bollywood and Hollywood superheroes and the lessons they tend to part with their viewers. 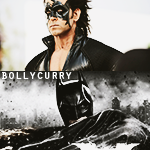 First up is the latest Bollywood hero, Krrish from Krrish and Krrish 3. The fact that Krrish 3 raked in over 200 crores and came third in revenues for 2013, proves that Krrish was and still is a popular superhero in India. The Krrish franchise brings to life the idea that everyone can be a superhero without gaining recognition since he wears a mask to hide his identity, for the sake of his grandmother, and soon becomes recognized for his mask. He is more known for appearing anywhere there is trouble and saving the day even if it means sacrificing himself.
A superhero who can give competition to Krrish is Hollywood's Batman from several different movies including Batman Begins (2005), The Dark Knight (2008) and The Dark Knight Rises(2012). What sets Batman apart from most superheroes is his human aspect. Batman wasn't just a superhero but also a human who sacrificed himself and his reputation to save the reputation of others. Given that Batman has lived in comics, television and the movies since 1943, it does prove that he is quite popular. Next up is Bollywood's G.One from Ra.One (2011), one of the most expensive movies made in Bollywood. While the movie was developed on a huge budget, the audience unfortunately did not enjoy the movie as much and it failed at the box office. However, there was one thing that G.One taught - never give up hope and find a solution to your problems in your own way. Prateek (Armaan Verma), the child, taught portrayed this extremely well as he used his own skill, mind, and the power of G.One to defeat Ra.One, the villain.
Superman, the next Hollywood superhero in our list, taught his viewers a lesson in a similar manner as well. The lesson was to always stand up for what's right, despite your allegiances and where you hail from. Superman was a character who often stood up against anyone with a loose moral code from gangsters to wife beaters to lynch mobs. A much-loved superhero, Superman has been made into movies several times including the recent Superman Returns (2006) and Man of Steel (2013). 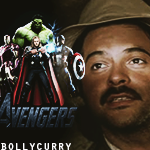 In 1987, Boney Kapoor came out with a one-of-a-kind movie, especially for those times when such movies were not a trend in Bollywood. We're talking of none other than Mr. India starring Anil Kapoor. Its villain, Mogambo, became one of the biggest villains Indian cinema witnessed and the movie has been declared as one of the "100 Greatest Indian Films of All Time". Mr. India may be a completely different superhero to what we're now used to as he initially begins by saving his orphanage, but he slowly starts to work to save the world. Mr. India's lesson was to always work together and not to just think about yourself.
The Avengers (2012) is a movie that can be compared to Mr. India for its format of a team working together against one villain and the lesson that is imparted. In the movie, Iron Man, Captain America, Hulk, Thor, Black Widow and Hawkeye coup together to defeat Loki and his army. They teach us the important lesson of teamwork and the benefits of using each other's strengths to resolve a problem. The Avengers became the highest grossing film of 2012 at the box office.
Superheroes are fast becoming an integral part of the Bollywood and Hollywood industry, decrypting themselves in our cultures and often leaving us with food for thought. What now remains to be seen is if they continue to teach us lessons like the above did or will they just become a mere part of our entertainment and a money making tool? With that, here's to our superheroes and may they continue to 'save' us like they always do.
Author: Shreya S.
Editor(s): Siona M. and Jenifer Y.
Graphics: Virina R.
Do you have a suggestion or comment for BollyCurry? Drop us a PM at BC_Dropbox today.
7 Likes