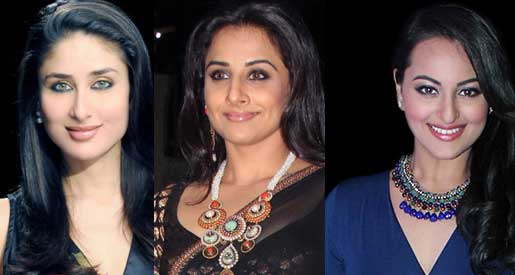 Payal Singhal, whose designs have been flaunted by the best in Bollywood, including Kareena Kapoor, Vidya Balan and Sonakshi Sinha, says roping in a celebrity face as a showstopper on a ramp show boosts business.

The debate over whether film stars should be made showstoppers at fashion galas, or whether the creations should remain show stealers, has been going on for a while. But Singhal, who recently brought actress Tamannaah Bhatia to flaunt her creation on the ramp at the Lakme Fashion Week summer-resort 2015, finds no harm in cashing in of Bollywood glamour.

"If you are selling food and if you market the food to the people who eat it, would that be wrong? The fact is that Bollywood sells, and so if actors wear our garment, we sell it 10 times more," Singhal told IANS.

Singhal, who established her fashion house in 1999, is known for offering contemporary Indian and Western clothing. Her market is the quality and design-conscious individuals, who value and appreciate the art of fashion.

Commercial success is prime for her.

"In our country, we think of commercial viability as a negative thing. The whole point of coming into fashion and getting into this business, is to get profits.

"To me, at the end of the day, it's the money that talks, and of course, commercial success. As a human being, as a creative person and as designer, I would strive to do better, but I don't do it for critics. My clients are my real stamp of approval and beyond that I do it for myself," she said.

Her customised prints and designs are a hit. In fact, pieces from her last collection 'Char Bagh' was flaunted by the likes of Neha Dhupia, Sonam Kapoor, Huma Qureshi, Shraddha Kapoor and Nargis Fakhri; and Singhal managed to impress fashionistas with her summer-resort 2015 collection too.

Asked about her journey in the fashion world, Singhal was quick to point out at the seriousness in the business of fashion.

"I have grown up on the runway. I say that as a joke, but it's kind of true. I was 21 when I started, and I am 38 now. I think I was really serious about fashion from the day when I joined the business.

"Since I am from the fashion business background, so I'm really appreciative of the fact that now everyone else is also serious. It's no more just about models or fashion shows. To me, that's a major change and I love it," she told IANS.

Singhal also has plans to expand her offerings.

"We have a kids' line, a pret line and we have menswear coming in, and also home furnishing. We also have a bridesmaid line coming up. So yes, we are planning to expand firstly through online," she said.