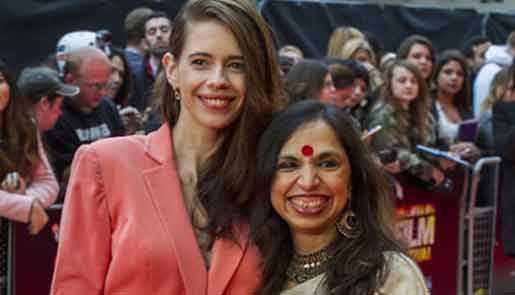 Director Shonali Bose, who cast Kalki Koechlin in her directorial "Margarita, with a Straw", is impressed with the actress's work in the film and hails her as a "risk taker and willing to push herself".

"Kalki is an amazing person. As an actor, she is really willing to push herself, to take risks and do hard work," Shonali, who is gearing up for the release of her film "Margarita, with a Straw", said here Wednesday at the trailer launch.

She also praised actor Aamir Khan, who launched her film's trailer and said: "we die to direct actors like Kalki and Aamir because they spend months getting into the skin of the character".

"Margarita With A Straw" is a gentle coming-of-age story about a woman afflicted with cerebral palsy and it also explores the sexuality of disabled people.

Not only did this film bag an award at the Toronto International Film Festival last year but it also earned the Best Actress Award for Kalki at the Tallinn Black Nights Film Festival held last year.

Meanwhile, the acclaimed Bengali director rues how Hindi film directors and producers do not offer difficult challenges to actors that they are up for.

"Such talented actors exist in our country but I think what happens with Bollywood is directors, producers do not push the boundaries," the seven-time National Award winner said.

"For whatever reason, may be because of wrong notions of the audience, they do not push the boundaries enough and do not give our actors those challenges that they are up for," she said in a statement.

The film is slated to release in India on March 13.