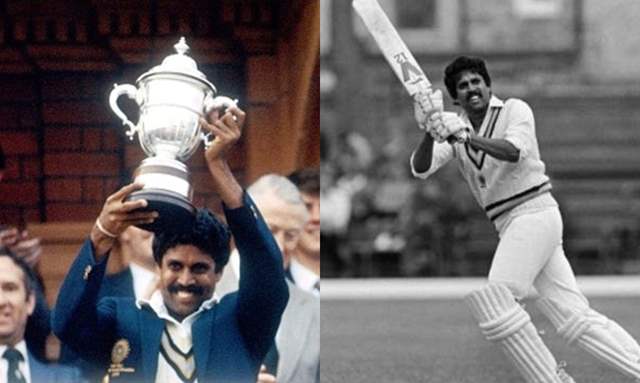 Today, the entire nation was shocked after legendary cricketer Kapil Dev reportedly suffered a heart attack and has undergone angioplasty at a hospital in Delhi. According to Mumbai Mirror, Kapil Dev is reportedly out of danger and in a stable condition.

Meanwhile, Bollywood celebrities have taken to their Twitter handle and prayed for his speedy recovery.

Actor Riteish Deshmukh took to his Twitter handle and shared a picture of Dev iconic picture of World Cup-winning captain, lifting the trophy as he wrote, “Wishing @therealkapildev ji a speedy recovery. Get well Soon Sir”.

Rahul Bose wrote, “Have had the good fortune to be at the receiving end of @therealkapildev ‘s incredible generosity when he donated some of his most precious memorabilia for our @TheFoundation01auction. A heart so special simply has to heal fully and quickly. Prayers with you, Sir.”

Under Kapil’s captaincy, India defeated the mighty West Indies in the 1983 World Cup final to lift their maiden trophy, a development that revolutionized the sport in the country. Also Read - IPL 2020, Match Preview: Kolkata Knight Riders vs Delhi Capitals

The entire nation has been shocked by this major setback and billions of fans are concerned for the legendary former captain. They poured wishes for Kapil paaji on Twitter and prayed for his recovery.

Under Kapil’s captaincy, India defeated the mighty West Indies in the 1983 World Cup final to lift their maiden trophy, a development that revolutionized the sport in the country.