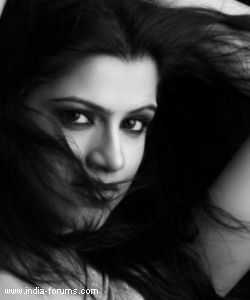 Rishika Mihani, who started her career with Star Plus' Raja Ki Ayegi Baraat and was last seen in Imagine TV's Beend Banoongaa Ghodi Chadhunga has bagged her first Bollywood flick.

These days television has become the most powerful medium to strike a chord with the audience and hence popular small screen actors are being approached to feature on big screen.

A source states, "Rishika would essay the role of Nisha, 'Vir Das' love interest. She has started her shoot this week."

Therefore to know more about her role we contacted Rishika who says, "I would not like to comment as I am bound by contract."

We wish Rishika a luck for the project!