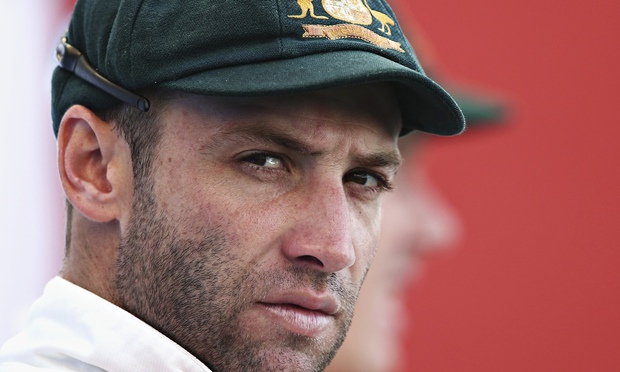 Australian batsman, Phillip Hughes, who suffered a head injury after being hit by a bouncer in a Sheffield Shield match, passed away due to the injuries. On Tuesday, Hughes collapsed to the ground after a bouncer hit him at the base of the skull. He had to undergo an emergency surgery before being placed in an induced coma.
Cricket Australia released the following statement from team doctor Peter Brukner, announcing the 25-year-old's death, "It is my sad duty to inform you that a short time ago Phillip Hughes passed away. He never regained consciousness following his injury on Tuesday. He was not in pain before he passed and was surrounded by his family and close friends." He further added, "As a cricket community we mourn his loss and extend our deepest sympathies to Phillips family and friends at this incredibly sad time. Cricket Australia kindly asks that the privacy of the Hughes family, players and staff be respected."
News of the sad demise of Phillip Hughes went viral on social media and everyone from the cricket fraternity to Bollywood poured their condolence to the family of the deceased.
Celebs took to twitter to express their shock and grief.
Harsha Bhogle: Just simply one of the saddest days in cricket. Our beautiful game, which gives more joy than anything else, is in grief #RIPPhillipHughes. Boman Irani retweeted the same. (sic)
Anushka Sharma: This is just so so terribly sad ... RIP Phil Hughes ...Thoughts are with Phil Hughes family and also with Sean Abbott . Stay strong . This is such an unfortunate incident .. (sic)
Virat Kohli: Shocked and saddened by the news of Phil Hughes. Horrible day for cricket. RIP Phil and may your family gain the strength to cope. (sic)
Anupam Kher was one of the early birds to catch up the news: How tragic and sad. #Shocking @IndianExpress: BREAKING: Cricket Australia says batsman Phillip Hughes has died in a Sydney hospital. (sic)
Shane Warne: Woken to the horrific news about Hughesy ! I cannot describe the sadness I feel for the Hughes family & fellow cricket players, so so sad. Just an absolute tragedy that Hughesy is no longer with us. He was such an awesome young man, RIP buddy, shattered... (sic)
We pray the departed Phillip Hughes rest in peace and may God give enough strength to his family and friends to cope up with the loss.