Missing from the big screen since her cameo in the box office dud 'Krazzy 4', Diya hopes that her off-beat film 'Bits and Pieces' opposite Rahul Bose is released soon.

She attributes her absence to the failure of her films and the industry's 'biased' attitude towards her.

'It was important for me to back off from films. I started my career on a good note with big banners, good producers and good actors, but the films didn't do too well. We live in an industry (Bollywood) that runs on a herd mentality. It functions only on the number of successful films you have, not your talent,' Diya told IANS in an interview.

Diya won the Miss Asia Pacific beauty pageant in 2000 and forayed into Bollywood in 2001 with Gautham Menon's 'Rehnaa Hai Terre Dil Mein' opposite R. Madhavan. The film did average business at the box office. But after that most of her films including 'Deewaanapan', 'Tumko Naa Bhool Paayenge' and 'Tehzeeb' sank without a trace.

In seven years, Diya has failed to deliver a memorable performance in the lead.

She was, however, seen in cameos in hits like 'Parineeta', 'Lage Raho Munnabhai', 'Honeymoon Travels Pvt. Ltd.' and 'Shootout at Lokhandwala'. She also made special appearances in box office hits 'Heyy Babby' and 'Om Shanti Om'.

Not many know that the actress also worked in an offbeat project - National Award winning director Manmohan Mahapatra's 'Bits and Pieces' opposite Rahul Bose. But the film is still awaiting release.

' 'Bits and Pieces' is ready and sitting in the can since last year. Unfortunately, some good films don't see the light of day. I am really sad people didn't get to see the film despite its diverse story and strong characters. I hope it is released,' she said.

The actress is more excited about 'Kaun Bola', which is Arshad Warsi's first home production.

'I play a girl called Gehna in 'Kaun Bola' that is perhaps the meatiest role I have ever played. It is a character I instantly fell in love with. She is perhaps the most real character I've done in commercial movies so far. There are very few characters that are so real that you can associate with. There is a lot of me in the film,' she quipped.

The film is written by Arshad and also stars Boman Irani.

'It is a funny, light-hearted as well as an emotional film. It is not a senseless comedy like we have these days.'

Diya says she is looking forward to exploring herself as an actor in her forthcoming projects and carving a niche for herself.

'I need to find my own foothold. Even if I do a small film, I need to explore myself now. Whatever I'm doing right now is satisfying me both personally and professionally. People will see a tremendous change in my upcoming films. I am working very hard to get it right this time,' she said. 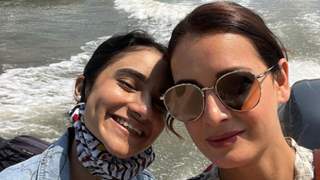 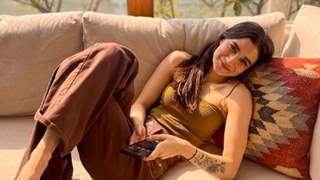