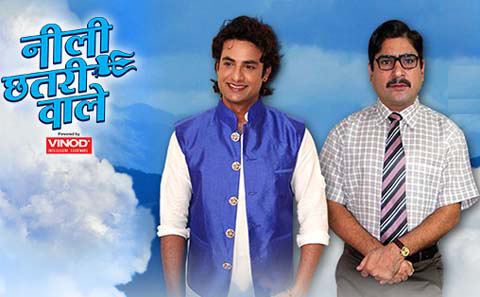 Garima Productions Neeli Chhatri Wale on Zee TV is attracting the attention of the viewers with its unique concept and storyline. Along with entertaining the audience it always highlights a social message in its episodes.
Most of the episodes talks about blind faith that people believe in. Well till now the story revolved around the  monkey man and how others getting influenced for robbery and other wrong doings.
Well the coming episode has something interesting in store for the audience.
Our source says, "In the upcoming episodes Bobby (Disha Salva) will dream that Lord Hanuman is drinking milk and the next morning she will tell the same to the people of the society about  Lord Hanuman drinking milk so everyone believes her and will gather near the Hanuman temple to feed the milk. Also Bobby will meet one Baba who will turn her into a goddess and people will start preaching her thinking that she is a goddess."
Well it will be interesting to see the upcoming episode.
Phalguni Sharma