View Profile
Jimmy Shergill, who portrays the role of a failed, disillusioned writer in 'Strangers', has worked hard on his look for the film. In fact, rumours are that this is his best performance to date. 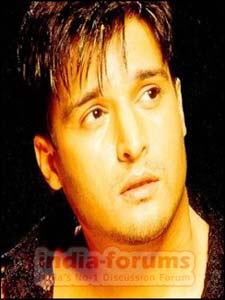 Featured Video
Jimmy points out that he went straight from the shoot of 'Delhi Heights' to London for the shoot of this movie, and had just a brief outline on the character. "However, when we started shooting, the intensity of the character was such that we started incorporating certain changes during the shoot itself, and the result was just phenomenal," says Jimmy .

The character that Jimmy plays wears grey tracks and sweaters most of the time, since he does not care about his appearance. The cigarette in his hand, the fluffy hair and the typewriter add to the effect. At one point, Jimmy also wore a trench coat, and looked quite eerie.

Anand Rai, the director, says, "Jimmy's character Rahul, is a 'loser within' and that comes across quite beautifully. In fact, when I saw our make-up artist wearing a particular skull cap, I asked him to give it to Jimmy. And voila! the effect was mind blowing. Jimmy wore the cap for the month-long shoot, and the make-up artist grumbled lightheartedly about losing his cap. Jimmy is a revelation in the film - there is level of fearlessness in the way he has approached his character."

'Strangers' releases on December 7, and is a Sahara One Motion Pictures presentation. -(SAMPURN)