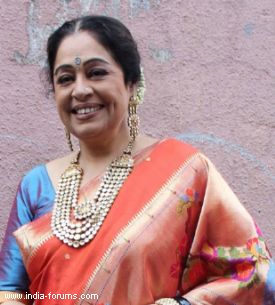 Actress Kirron Kher, who is the Bharatiya Janata Party (BJP) candidate for the Chandigarh Lok Sabha seat, Tuesday joined microblogging site Twitter to build a "direct connection" with the public.

"Time I get on Twitter and make direct connection with all of you! I'm the BJP candidate from Chandigarh. Need all your support and best wishes," the dimpled actress, 58, wrote in her first tweet.

Kirron arrived here Tuesday. She was greeted with black flags and eggs by a small group of BJP activists.

She was accompanied by her husband actor Anupam Kher, an avid Twitter user, who also called for support for his wife earlier in the day.

Born and brought up in Chandigarh, Kirron has starred in films like "Sardari Begum", "Devdas", "Main Hoon Na" and "Devdas". On the small screen, she judges reality show "India's Got Talent".

Sushant’s sister Shweta Singh Kriti shares a video of a fan ...
3 minutes ago

Parth Samthaan: Kasautii Zindagii Kay has shaped me as an ...
39 minutes ago