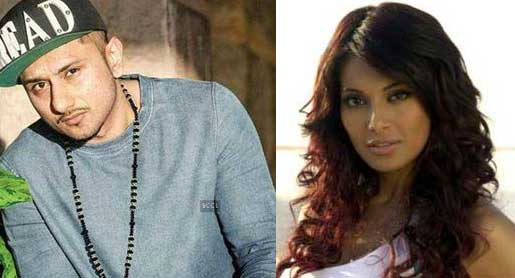 Actress Bipasha Basu is so impressed with rapper-singer Yo Yo Honey Singh that she wants to work with him.

"I will be foolish if I don't want to do it," Bipasha said on the sets of Honey Singh's singing reality show "India's Raw Star".

When asked if she would like to work with the singing sensation, she said: "Definitely! I would love to work with him because his songs are very popular. People love his songs and you can really dance to them."

"He has got a great groove to all his songs."

Further praising him, the 35-year-old said, "Honey Singh has the magic touch. He is the Midas man of music."

Within a short span of time, Honey Singh has become quite popular in B-town. Right from superstar Shah Rukh Khan to megastar Amitabh Bachchan, he has composed and sung for most of the top-notch actors. His biggest hit was "Lungi Dance" for "Chennai Express".

As of now, Bipasha is looking forward to the release of her film "Creature 3D" on Sep 12.