Mumbai, Dec 11 (IANS) The biopic on Pan Singh Tomar, the soldier-turned-athlete who later became a dacoit, is being shot at army bases and at the Chambal ravines in Madhya Pradesh, says director Tigmanshu Dhulia.

Some portions of the movie, which has Irrfan Khan in the lead role, are being shot at the Bengal Engineering Group's centre at Roorkee in Uttarakhand. Dhulia claims no film has been shot there before.

'In fact, I also went to Saharanpur, where I'll shoot at another army base soon. I believe the only prominent actor who shot there was Sunil Dutt for 'Amrapali' many years ago.'

Dhulia was supposed to shoot Dec 6 at an army base in West Bengal but he did not get permission to do so.

'It is true. We had to start a day late because the army clearance papers were held over. We finally got clearance for Dec 7 and now we are shooting the army portions of Tomar's life at Roorkee,' he said.

In the film, Irrfan plays Pan Singh Tomar, who hailed from a small town in Madhya Pradesh. He won the steeplechase in India's National Games for seven years in a row and his record stood unbeaten for 10 years. After retirement, Tomar went back to his home town and turned into a dacoit in the Chambal Valley after becoming a victim of social injustice.

Tigmanshu said he would shoot in the Chambal ravines also.

'The Chambal and banditry are familiar cinematic grounds for me because I assisted Shekhar Kapur on 'Bandit Queen'. But these army scenes in Roorkee and Saharanpur are gruelling.'

The director said working with Irrfan was great as he insists on utmost authenticity.

'Irrfan refused to shoot with a false moustache. He grew a real thick moustache for his scenes in the army. Then we move to his sports scenes where he requires thinner facial hair. Then for his scenes as a villager, he'll have to be clean shaven and finally as a dacoit he'll sport a stubborn stubble all through.'

The actor insists on growing all the correct facial hair for the different phases in the protagonist's life that spans 1950 to 1980, he said.

'A time-taking process. But then this kind of dedication adds to the authenticity by leaps and bounds,' Dhulia added.

Irrfan's trainer has joined the actor in Roorkee. 'So while Irrfan performs the army scenes, he's continuing his athletic training,' Dhulia said.

The director pointed out that the sensitive army base restricts and severely controls the shooting's movement and timing.

'We're working against all odds. But I wanted to shoot in all the places where Tomar had been. Otherwise no point in making a biopic,' said Dhulia. 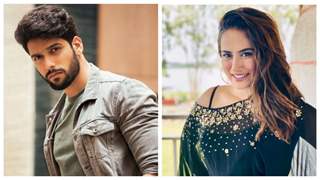