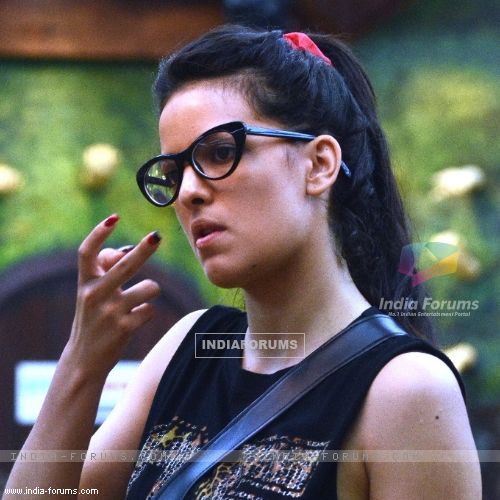 Colors' popular show Bigg Boss 8 is known for controversies, tiffs and spats while one contestant has been nominated in the house, it seems that Serbian model Natasa Stankovic is unhappy and unwilling to stay inside the house.

Natasa has been facing the problems in the house over food as the food cooked was spicy and oily owing to which the contestants nominated her. Despite being trying hard to make a place in the house she failed to understand her inmates as they nominated her.

Natasa has understood that it's not her cup of tea to survive in Bigg Boss house and bear the pressure. Thus she will decide to leave the house and start packing her bags. She will plead to Bigg Boss regarding her ouster from the house but Bigg Boss won't respond to her plead.

Karishma Tanna and Soni Singh also requested Bigg boss on her behalf to let her go out of the house. But Bigg boss will not accept her plead which will make her very furious.

Later Natasa will start packing her bags out of anger and will bid adieu to the fellow contestants as she cannot bear the environment which is created by contestant by fighting amongst themselves for survival which she will confess to Sushant Divgikar.

Well will Natas's sudden exit turn out to be the next nomination in the house?

babelicious 6 years ago She is so boring anyways.. Too gud to be in the house.. Pls get her out and get suku back in place of her