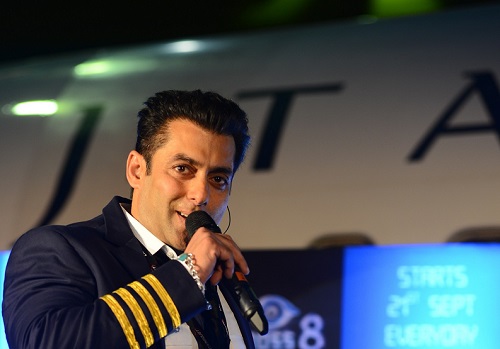 Amongst all the contestants, Sukirti Kandpal, Natasa Stankovic, Gautam Gulati and Sonali Raut were nominated by the other contestants and Natasha was the one who got the maximum nominations by the inmates.

We heard from our source that, "On the eviction day, host Salman Khan will sing a song for Natasa. Salman will ask Natasa as why have you have got the maximum nominations by the contestants to which Natasa started answering Kyunki... and she paused for a bit. Later, Salman started singing Kyunki Itna Pyaar Tumse Karte Hain Hum... from his own movie Kyunki."

How will Natasa react?

paripyia 6 years ago Sukirti Kandpal You have world's best smile..God bless u & May you have the best always..love you loadz
god blesss u